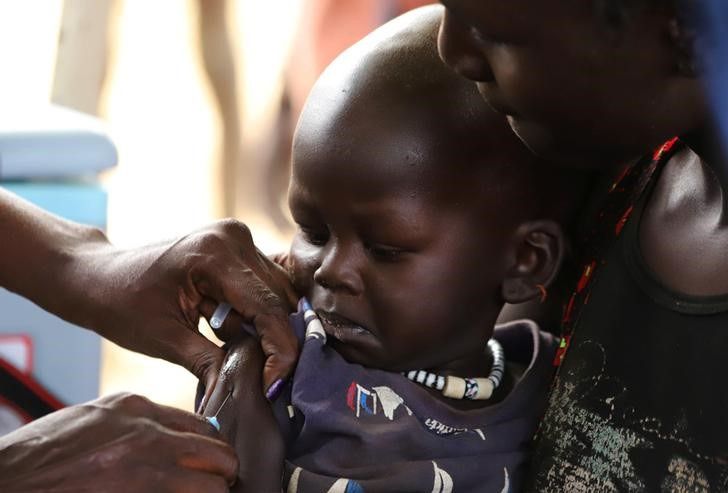 THE World Health Organisation ( WHO) has urged another immunisation jab for children already vaccinated against measles in an effort to contain the surging cases and death toll.

As at September 5 Zimbabwe had recorded 6 444 confirmed measles cases and 698 deaths since the onset of the outbreak in May.

Of the confirmed cases 1 606 are vaccinated and 3 677 unvaccinated.

The current death toll marks a significant increase from the 157 deaths recorded two weeks back on August 16.

In a series of tweets WHO Zimbabwe said getting children vaccinated regardless of their vaccination status further reduces the risk of contracting the disease as a good immune response might not have been achieved through the first dose.

WHO wrote: “Make sure your child receives a dose, even when they have been vaccinated before, for extra protection against measles.”

The organisation also noted resistance against immunisation among children from religious backgrounds that do not allow modern medicine nor vaccination warning it has ‘severest health consequences’.

The Apostolic sects which believe it is a sin to get vaccinated have further dampened efforts by the government to curb a further spread through a nationwide vaccination campaign targeted at children between six months and 5 years.

“While most children are vaccinated far too many are left behind. Unacceptably, it is often those in under-served communities and those limited by religion.

“If these children do get sick they are at risk of the severest health consequences”.