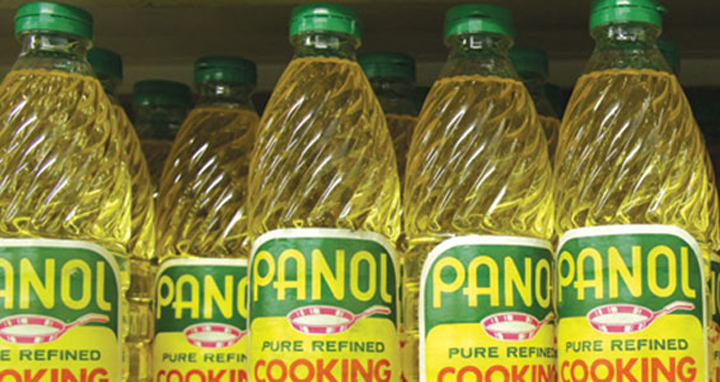 HARARE: If you have ever tried Charhon’s loose biscuits, you would know why the “Buy Zimbabwe” campaign is hard to swallow.
On the outside, the packaging is boring and plain. Inside, the biscuits are so rock hard they test your jaws’ resolve, while the taste is just about as bland as the packaging.
On the shop shelves, right next to them, are Romany Creams, Oreos, Bakers’ Ginger Nuts, De Vries Double Velvet and all levels of biscuit heaven, all dressed up in chic packaging.
Now, government’s restrictions on dozens of luxury imports provides a test for our industries; can they step into the gap left by banned foreign products?
Last Friday, the government announced restrictions on the import of dozens of foreign products, a broad list ranging from baked beans, fake hair, to salad cream. It is more likely that more bans are to follow, as Zimbabwe works overtime to narrow its trade deficit, which stands at $3,3 billion.
The government believes restricting imports will plug the flow of money out of the country, and also save local industries. However, the state of Zimbabwe’s industry raises questions on whether local industries are in any position to grab this chance and thrive.
On the shop floor, local goods are losing to foreign products. Local products are expensive and less attractive to consumers. This is because the factories that make local products are now old and expensive to run, producing goods that cost more than often better quality imported goods.
With limited access to the money they need to modernise their factories, it is hard to see how the restrictions will help local manufacturers.
According to the CZI, Zimbabwe needs $8 billion to replace old equipment in its factories.
At Olivine, some of the equipment used to make its popular brands was installed in 1947, two years after the end of World War II. The company is now spending $15 million for new equipment. National Blankets uses equipment that was first installed in 1940, early into the second World War. The company makes woven blankets, which have long lost favour to consumers who now prefer “two-in-one” blankets.
At Lobels, the ovens that made its biscuits were installed in 1957, six years before Zanu was formed. Packing at Lobels was done by hand, and not automated. Costs would have cut by half if the company had secured new equipment, its MD Clinton Lecluse was quoted as saying late last year. Weeks ago, Lobels had to shut down the confectionary unit.Advertisement

The resurgence of the cooking oil industry shows what can happen if protectionist policies come with increased investment in capacity. The government increased duty on cooking oil imports, while investors put in new money.
Willowton, the makers of the Sunfoil and D’lite brands of cooking oil, are building a new $40 million plant in Mutare. India’s ETG Parrogate, which trades as Pure Oil, the producer of Zimgold cooking oil, plans to double its cooking oil output to seven million litres per month after buying new machinery.
Surface Wilmar, a joint venture between India’s Somani Family and Asian agribusiness group Wilmar International, has emerged as Zimbabwe’s biggest edible oils manufacturer, after adding a 49 percent stake in Olivine to its Chitungwiza plant which produces Pure Drop.
Industry Minister Mike Bimha says due to steps taken to bar foreign oils, Zimbabwe was now producing 12,1 million litres per month, which is above the national monthly consumption of 10 million litres.
However, cooking oil producers still have to import raw oil to process, and are only now starting to fund local farmers to produce the amount of soya bean required to feed the factories. It remains unclear whether the contract farming solution will be able to keep prices low.
The 2014 import duty hike may have helped the cooking oil business, but an outright ban on its own will not be enough to help the rest of Zimbabwe’s aged industries.
Fertiliser is one of the goods banned last week, but the ban is unlikely to save Sable, the country’s sole producer of ammonium nitrate. The company uses old, expensive electrolysis technology for production of hydrogen, technology it first used in 1972.
Sable needs $700 million to move to new technology. The electrolysis plant consumes 80MW of power, which is the amount of power once produced by the Harare Thermal Power station. Sable still owes $150 million in unpaid power bills.
The government has tried to push industries to modernise by granting cheap loans. Between 2011 and 2014, government doled out $28 million in concessionary credit to 48 companies. But the loans were so short term that many of the distressed companies could not pay back.
According to Confederation of Zimbabwe Industries (CZI) president Busisa Moyo, the economic collapse has set Zimbabwean industries back some 15 years. Many have since lost market share completely, he says.
“The need to retool is there and most companies were set back during the hyperinflationary era. What is important is to get the market share back and then consider retooling. No industrialist would want to retool and then look for the market,” Moyo was quoted as saying recently.
Zimbabwe has suffered massive decimation of its industry. In 1980, manufacturing accounted for 25 percent of GDP. The figure had stood at 17 percent in 1965, when Rhodesia declared UDI, and was forced to rapidly industrialise to survive sanctions. Between 1980 and 1989, manufacturing averaged 23 percent of GDP, above the 10 percent average in Sub Saharan Africa at the time.
“Apart from its relative size, the manufacturing sector was diversified. On the advent of independence, industry already consisted of some 1,260 separate units producing 7,000 different products,” according to a paper by labour researcher Godfrey Kanyenze.
Much of that industry has since disappeared. A 2014 survey by ZimTrade showed that, in the previous decade, Zimbabwe lost a massive 70 percent of its exporting manufacturers.
Stuck with ancient factories, the industries that remain will struggle to match the standards set by their more modern foreign competitors. The industries that government is trying to protect will continue to struggle to push out products that consumers, with their changing tastes and reduced buying power, want to buy.