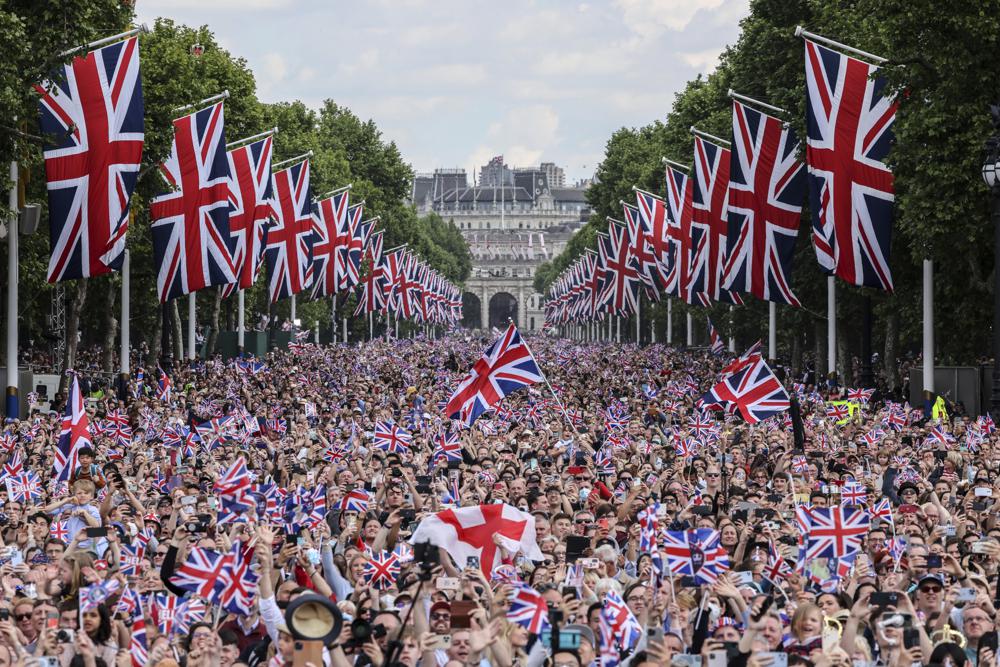 By Michaela Makusha I

It’s Platinum Jubilee weekend in the UK, marking the 70th anniversary of Queen Elizabeth II’s ascension to the throne. But of course, in the UK you’d be more than aware. Nationwide, the red, white and blue bunting are up, and the trifles are setting in the bespoke Jubilee fridges.

Corgi cupcakes and coronation chicken sandwiches are flying off the shelves and people are camped outside of Buckingham Palace to catch a glimpse of the woman herself. I can understand the excitement; a four day bank holiday weekend, getting to spend time with your family and eat good food.

It’s like Christmas in the middle of the year. Between the street parties held in her majesty’s honor and head-to-toe Union Jack outfits, people in this country and beyond genuinely love the Queen and want to celebrate her ‘hard work’ for the past seventy years. “It’s a celebration of Britain and Britishness!” they say, flags in hand.

But I can not relate. The idea of a jubilee in the 21st century has always been a strange one for me. I was in year 6 when the Diamond Jubilee was celebrated in 2012 and, at 10-years-old I asked one of my teachers, ‘what exactly do the royal family do?’ I did not get a straight answer, so I sat back and happily ate my Union Jack cupcake. I’m 20 now and growing more interested in history, especially that of the British monarchy, and this is a question I am still asking: What exactly are we meant to be celebrating?  Unsurprisingly, I’m still not receiving a clear answer.
I am a second-generation immigrant and my mum is from Zimbabwe, a country colonized by the British from the 1890s to the early 80s. My mother has lived in Britain for over two decades and she has arguably been one of the reasons I question the place of the monarchy, its symbolism and its use in the 21st century. I remember being taught in school that colonialism was a ‘long time ago’ and part of Britain’s past. But it is not so distant, not for many of us who have family members who were raised under colonial rule, their homes, cultures and languages erased to expand white British supremacy.
“

Nowadays, the British royal family seem to be nothing more than show ponies who wear stolen jewels to uphold a bygone era of Britain that is becoming less relevant.

”
My mother showed me her birth certificate once and she was born in Salisbury — not Salisbury, England, but Salisbury, Southern Rhodesia. Southern Rhodesia was the British colonial name for Zimbabwe, named after Cecil Rhodes, a violent British white supremacist who exploited Southern Africa for its gold, copper and silver.
She knows the national anthem better than I do, proving just how entrenched Britishness and royalism were part of the culture, to keep control of the colonies. In Britain, so many of our parents and grandparents from Ireland all the way to the Caribbean can recall living under British rule, yet we’re supposed to believe that it is merely a distant part of Britain’s history, when it is so very much part of our present.
Of course, royalists will be quick to argue that, ‘this royal family did not order any conquering or endorse slavery!’ Yet Queen Elizabeth II is not so removed from this; she started off her reign as a ruler of Queen of the British empire, ruling over 70 colonies and ‘dependencies’ and the royal family’s history is inextricably linked with the British empire, which subjugated people around the world. Her Majesty still wears jewellery stolen from countries that would really like them back.
The Jubilee arrives in a year where Barbados — previously considered one of the more loyal Commonwealth Nations — became a republic, parting ways with the Queen and asking for reparations in the process. The disastrous PR following the royal tour in the Caribbean in March led to the Jamaican Prime Minister saying directly to the Duke and Duchess of Cambridge that they wanted to become a republic, meanwhile protests were sparked across the islands asking for reparations. Looking on, it was a bit like your spouse divorcing you during the vow renewal ceremony; awkward, embarrassing and painful to watch.
I am by no means the only person who doesn’t feel like celebrating.
“Whilst the jubilee suggests celebration and fun up and down the country please be considerate of those who do not wish to celebrate. Caribbean/ African diaspora or any descendant of colonized communities don’t always fancy honoring the monarchy that stole so much from them,” tweets Leah Berry of Well Read Black Girl, adding in the thread, “Yes enjoy the Bank holidays, get out your red white and blue to celebrate what you feel it means to be British, the good things. For some of us though it just doesn’t erase the weight of the bad.”
Agreed. This Jubilee extravaganza seems to be a big ‘look over here!’ exercise to distract from the historic, current and persistent issues in Britain and with its monarchy.
It’s difficult to fully embrace the Jubilee festivities (and the bank holiday weekend that comes with it) when the UK is currently in the midst of a cost-of-living crisis that is disproportionately affecting marginalized communities.  Many elderly people are having to choose between paying for heating and bills, people are skipping meals and using public transport to keep warm; meanwhile, 23-year-old Kwajo Tweneboa (@Kwajo Housing) is exposing how terrible public housing is in the country by posting stories of people living in awful conditions, and councils seem to only act because he is exposing them.
As many Brits struggle with the rising costs, I struggle to imagine just how much money is being spared to throw a four-day party to celebrate one woman who has more than enough money. Right now, it feels tasteless to spend millions on celebrating a woman who lives in a palace. This will never not feel strange. As researcher and critic Arnesa Buljušmić-Kustura tweeted ahead of the jubilee celebrations, “My daughter got a platinum jubilee book about the Queen, she also got a nice mug w/ the Queen’s face on it. The book was sent to all kids in the UK and it cost 12 million pounds to do that.” She added: “Some of her classmates only get to eat during the free school lunch they get.”
It is an understatement to suggest that the monarchy has faced a series of bad press as of late.
“

It’s hard to show up for the monarchy as an anti-racism institution when Prince Harry literally took Meghan Markle, exasperated from the British media, and their [children] to live across the world.

”
Prince Andrew’s royal career is left in tatters following the US civil sexual assault case brought against him in the US by Virginia Giuffre, which reached a £12m settlement earlier this year (partially paid for by his mum, Queen Elizabeth). For me, watching the whole debacle unfold demonstrates how removed from reality the royals seem to be. If anyone else had been in the same situation — accused of having close links to a convicted sex offender — it’s doubtful they would have been afforded a similar reprieve.
Like millions, I also watched Meghan Markle and Prince Harry’s now-infamous Oprah Winfrey interview unfold, and was far from surprised at the allegations of racism Markle made as a mixed-raced person who married into a family that made themselves exempt from the Equality Act for more than forty years meaning they do not have to hire Black and brown people). Oprah was left gasping at the allegations of racism and the toxic environment of the royal family. After these revelations, how were minorities in this country supposed to feel?
While many royalists and even non-royalists would argue that the Queen is against discrimination and has always preached unity, it’s hard to show up for the monarchy as an anti-racism institution when Prince Harry literally took Markle, exasperated from the British media, and their one-year-old child to live across the world. Tyler Perryprotected Prince Harry and Meghan Markle from racism better than the monarchy did. Again, how strange?
Nowadays, the British royal family seem to be nothing more than show ponies who wear stolen jewels to uphold a bygone era of Britain that is becoming less relevant. At 20-years-old, many people in my age group are wanting to abolish the monarchy, with a YouGov survey indicating that at least 41% of people aged 18 to 24 would prefer an elected head of state. This could be the last jubilee we have.
There are people using the jubilee occasion to highlight what we should be focusing on. The group, Justice4Grenfell created a street party setting with the names of all 72 victims who lost their lives in the high-rise fire on June 14, 2017 to remind us that no one has been held accountable, five years later. As Emma Louise O’Connor, who escaped from the 20th floor of the tower, told BBC News: “The Jubilee celebrations being so close to the five-year anniversary, it’s kind of hard to be able to get involved with celebrating”.
Meanwhile, anti-monarchists will be partying just as hard, with multiple ‘Stuff the Monarchy’ parties taking place across the country.
This weekend, the country’s establishment wants everyone to put aside their differences and celebrate the Queen but if I see any more bunting, I may scream. I do not want a corgi-covered biscuit tin — I want this country to look at itself as it is. That needs to start at the top and I am sorry, Your Majesty, but you will not like what many of us see.
This story was originally published on Unbothered’s UK edition.