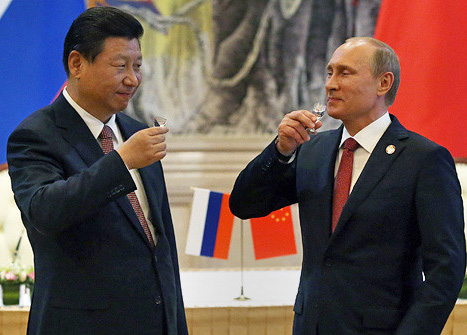 IN the past half century, some of the most prominent minds in international affairs have predicted the end of meaningful global divisions based on ideology. Daniel Bell published his “End of Ideology” in 1960; Francis Fukuyama published his “End of History and the Last Man” in 1992; and Thomas Friedman his “The World Is Flat” in 2005. Especially in Bell’s and Fukuyama’s cases, the message was fairly clear: All this energy put into ideology was pretty much posturing.
You cannot say that now. The forward march of democracy has been halted, and decisively.
In fairness, some form of capitalism is pretty much global — even Cuba is inching toward it, leaving North Korea even colder, hungrier and more alone than ever. But the assumption that capitalism and the ensuing growth of a middle class, would naturally and inevitably produce a competitive political as well as an economic and consumerist market is looking shaky. It may work in time but it’s way too early to say.
Xi Jinping, head of the Chinese Communist Party, chairman of the committee on the armed forces and president of China has stated his an aversion to democracy quite flatly, insisting on absolute loyalty to the Party’s rules and aims, and an end to any kind of organized activity outside of its purview. “So-called” liberal democracy and freedom of the press are not for China. As a Chinese scholar I met at a conference said to me: “Stability first, democracy second.” If not now for democracy, I asked, then when? He would not be drawn; he didn’t know.
In Russia, President Vladimir Putin has created a neo-nationalist ideology, appealing to Russia’s centuries of separateness from Europe and its preference for a strong central power. A 2012 law severely limited all NGOs that took foreign money and worked in a broadly defined political space. Another law just passed aims to do the same for “undesirable” associations, which seem, at first sight, to include Carnegie’s Moscow office and Memorial, a body formed in the late 1980s with the purpose of recording the vast repressions of the Stalinist years (and beyond), especially in the Gulag.
Putin’s style appeals to other leaders, notably President Tayyip Erdogan of Turkey and President Abdel Fattah al-Sisi of Egypt; the latest addition to the Putin fan club is Prime Minister Victor Orban of Hungary: The wind is “blowing from the East” is how he put it while recently giving the Russian president a warm welcome in Budapest. This is all the more distressing given that Turkey is a member of NATO, Hungary of the European Union: The style is catching on within organizations set up to further the tenets of democracy.Advertisement

Then there is jihadism, a diverse ideology propounded by widely differing groups, sometimes hostile to each other. Islamic State is the most dramatic of these and the most successful, in its marches across parts of Syria and Iraq. But all jihadist organizations are becoming increasingly attractive to some young Islamist radicals worldwide: A report from the United Nations says that the groups are recruiting from half the countries in the world.
The dream of most of these jihadi organizations is to establish a caliphate, in time, across the world, so that all humanity will worship the Prophet and dissent, division and wars will be of the past. Christians thought like this for most of their religion’s existence. Now, many “Christian” countries are losing their faith — or certainly their fervor in faith.
What’s left for liberal democracy? It’s not precisely an endangered species, but in places that are new to it — in parts of Central Europe, Africa and Asia — it’s still fragile. And more to the point, it’s weakening in the two areas which have been its engines: North America and Europe.
The United States faces a China which is not just confident in its authoritarianism but increasingly proactive militarily. The European Union, recovering feebly in most economies, is no closer to its founding long-term goal of forming a new state called Europe. It occasionally talks tough to Russia over its meddling in Ukraine, but in practice reduces its military capabilities — especially in the UK, which had been the strongest of the European states.
Fifty-five years ago, in his “End of Ideology,” Bell wrote that ideology “is an all-inclusive system of comprehensive reality, a set of beliefs infused with passion, and seeks to transform the whole way of life.” The definition applies most to jihadism — but it comprehends communism and authoritarian nationalism too, since these are moral frameworks and rules on how to live. The days when rulers sought to present their rule as conforming to liberal and democratic norms, or simply didn’t talk about their authoritarianism are disappearing.
Several of today’s most powerful leaders are proud to be authoritarian, and commend it as an example to others. The hope is that not many will join this exclusive club.