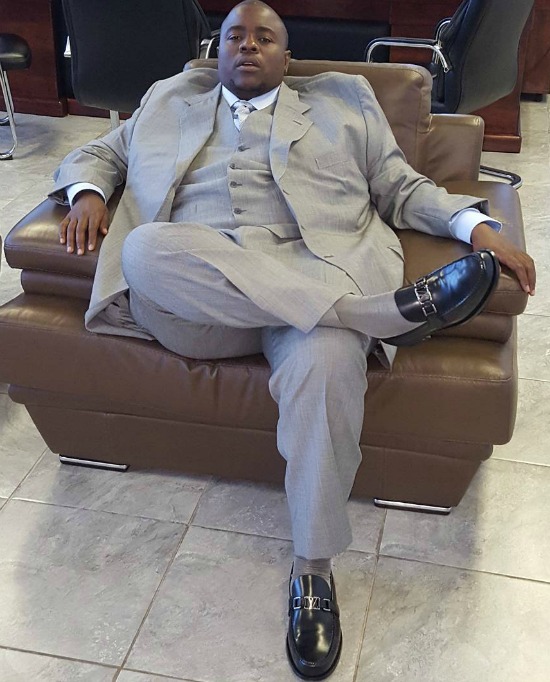 IN Zimbabwe, AIDS and politics contributed to the destruction of the structural fibre of Zimbabwean family life. It started in the late 80’s with Aids killing a parent or both parents and then in the late 90’s the politics became darker, exiling over a million Zimbabweans in foreign countries and creating economically oppressive conditions for those that stayed.
The new generation is suffering from a lack of good role models, broken families and second-rate education. They cannot distinguish between political rhetoric and truth. I recently watched a documentary filmed in South Korea called ‘The Propaganda Game”; in it, children are brainwashed from kindergarten and citizens are rewarded according to how much they revere the leader.
Zimbabwe’s new generation of musicians have become the regime’s greatest praise singers and are sometimes rewarded with gigs at political rallies. Zimbabweans recently had a heated debate on social media regarding the legendary Oliver Mtukudzi playing at a Zanu PF rally.  People forget that Mtukudzi used to sometimes take subtle jabs at the regime through his music. We cannot expect him to sing about our current problems because he has become a very wealthy musician. In the same way that Jay-Z’s reality is now Maybachs and the problems of the ghetto are a distant memory. He is not a Thomas Mapfumo or a Tupac, who despite living away from the situation, can still write about it.
What disappoints me about Zim dancehall music is that it does not address the economic depression and oppressive political atmosphere in the country. I recall that when activist Itai Dzamara disappeared, my thinking was that soon we would hear his name in local songs. I am still waiting for those songs and for a Zimbabwean artist to become the political voice of a new generation in the same vein that Thomas Mapfumo was in the 1970’s with his anticolonial music, which popularized to the black masses the fight for independence.
Mapfumo is currently exiled in America and writes music from a diasporic gaze about Zimbabwe’s post-independence situation. He is now a voice in the wild without direct access to the ears of Zimbabwean’s new generation or his older fans. Only those fortunate enough to live outside Zimbabwe have the chance to appreciate him and his message.
With the advent of cheap recording equipment, Zimbabwe has more artists today than any time in its music history. I find it absurd that they would rather use their talent to praise sing controversial Zanu PF businessman Wicknell Chivayo and the leadership. Some of these musicians come from poverty, still live in poverty, and yet do not write about their surroundings.Advertisement

The writer Nicholson Baker once exclaimed that, “the nice thing about a protest song is that it takes the complaint, the fussing, the finger-pointing, and gives it an added component of sociable harmony”. Imagine if one of these Zim dancehall artists decided to truly impact the youth with the truth instead of what Soul Jah Love did when he paid tribute to Dr Grace Mugabe in song. I can understand the economics of it because Zanu PF returned the favour by having Soul Jah Love perform at the recent ‘Million Man March’ political rally. It is ironic that Soul Jah Love and his peers model themselves on Jamaican dancehall artists who are vocal about the condition of their country.
I had a conversation with a popular Zim Dancehall artist who requested anonymity. “Zimbabweans are cowards,” he said. “If you sing songs about what’s happening in our country, they will be too scared to come to my shows or listen to my music. And the government would disappear me if I chanted tajamuka (we are rebelling) or This Flag on a song.”
This made sense to me because if a Bob Marley or Bob Dylan type musician arose in Zimbabwe with conscious lyrics; first the radio stations won’t play his/her music and their music shows would have state security presence. This might deter local fans attending and promoters might not want to be involved with such artists. The other thing that could happen is the police would question them about the content of their music. On the flipside through, they could become more popular on social media and might accumulate a Zimbabwean fan base abroad.
However, the most important popularity for a Zimbabwean artist is on the ground not in cyberspace. A perfect example is the recent This Flag campaign which trended more online than it did offline, popularized mainly by Zimbabweans abroad. Without creative fuel, these types of campaigns will just die down. I believe that only musicians can inject the diesel to turn such trends into a fire. You just have to look at Winky D’s “Disappear” which has become 2016’s anthem song.
Whilst doing this article a friend of mine asked me to watch the music video ‘Musha Wedu’ on Youtube by Zim Dancehall artist Guspy Warrior. The video, which is a social experiment, has Europeans listening to his music through headphones and dancing to it. What impressed me the most is the song’s lyrical content such as “Even if other countries help, we will build our home” and “They will try to divide us but we will build our home”. The song’s message is subtle in its delivery which makes you wonder whether the artist did that intentionally to say something about our situation or is was just accidental.
Guspy Warrior or rather Emmanuel Manyeruke’s musical DNA is from the legendary gospel musician Mechanic Manyeruke.  From ‘Seunononga’ to ‘Musha Wedu’, Guspy’s music has matured and this new song showcases his versatile songwriting abilities. If he took the time to tap into the influences of Bob Marley, Peter Tosh, Lucky Dube and Fela Kuti, he could become the political voice of a new Zimbabwean generation.