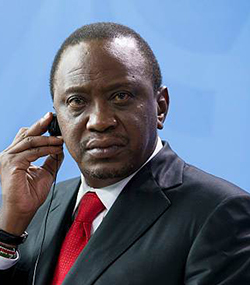 KENYA’S transition to a multiparty democracy in 1991 was one of the most promising cases of political change in Africa. Before then, the Kenya National Union Party (KANU) had monopolised power since outlawing political opposition in 1982. The transition from a single to a multiparty state was a truly significant event.
KANU faced its first real challenge since independence in multiparty presidential elections held in 1992. But the party didn’t lose its grip on power until president Daniel arap Moi lost to opposition leader Mwai Kibaki in the 2002 elections. The next presidential elections of 2007 were marked by political violence in which more than 1,500 people were killed following claims that the two major candidates had manipulated the results.
Despite this history of political instability, the country’s new democratic direction was seemingly confirmed when the Kenyan Supreme Court overturned the results of the August 8, 2017 elections. In a historic ruling for Africa, it called for the presidential election to be repeated.
Initially many praised the court for upholding democracy. But weeks later the same court upheld Kenyatta’s second victory. A spokesman for the opposition coalition speculated that members of the Supreme Court were intimidated.
The turn of events in favour of President Kenyatta is not surprising. It suggests that the process of free elections was never intended to help the country democratise. This mirrors events in other seemingly transitioning countries such as Zimbabwe or Senegal.Advertisement

What is more, the process of opening up the political system could – in and of itself – never have been expected to deliver democracy. This was the case in Ukraine, where shortly after the fall of the Soviet Union elections were expected to bring about a process of democratisation similar to Poland’s in 1989. But democracy never arrived in the Ukraine. Instead it plunged deeper into authoritarianism.
In Kenya’s case, elections have been used to bolster the legitimacy of an autocratic regime. While Kenya holds free and regular elections, political elites regularly intimidate political opposition as well as journalists and the judiciary. This effectively skews the results of each election in favour of the government.
Democracy is about more than elections
Recent research on transitioning countries looks at how they have held regular multiparty elections at the national level, yet violated democratic minimum standards.
The research suggests that since the end of the Cold War countries like Kenya, Turkey, the Ukraine and Zimbabwe have turned into the most common form of nondemocratic rule in the world. As multiparty states they have combined elements of both democracy and autocracy. Their rulers have learnt to use free multiparty elections in their favour.
Kenya’s story is a reminder that authoritarian regimes – even those that look like democracies – are unlikely to go away anytime soon.
Definitions of democracy vary. But most scholars agree that to complete their transitions countries, including Kenya, would have to meet a number of criteria. These include free, fair, and competitive elections, full adult suffrage, freedom of the press, speech and association, and an executive free from external influence.
The last point indicates that no military, religious or civilian organisation in the country can override the decisions of a fairly elected executive.
Kenya’s democracy scorecard
While Kenya certainly meets many of the criteria it struggles to meet two in particular.
The first is fair elections. The country has held regular free elections since 1991 and it allows a number of political parties to take part. But the elections can’t be described as having been fair.
A recent Amnesty International report has condemned Kenya for routinely targeting political opposition in an effort to dissuade them from challenging the government. This includes arbitrary arrests and even killings by the police in the 2017 elections. This uneven playing field can result in unfair elections.
The second criteria that Kenya fails on is freedom of the press, speech and association. For a country to be democratic it should allow basic political freedoms for its citizens and institutions. This has not been the case in Kenya. For example, the International Federation of Journalists recently reported that journalists were routinely harassed and intimidated by the police and political party supporters in the 2017 elections.
Similarly, the bodyguard of one of the judges was shot a day before the court’s scheduled ruling on a motion to delay the repeat vote.
As a result of these serious shortcomings, Kenya cannot be viewed as a democracy. The playing field remains uneven despite major constitutional changes to guarantee an independent judiciary and to establish a separation of powers in the government.
The problem with elections
There have been clear examples – Poland in 1989 and South Africa in 1994 – of where elections helped many countries successfully transition. But elections, even free and competitive, don’t always mean that the country is more democratic. There have been instances when they have been used to help ruling politicians stay in power as happened in Ukraine, Turkey and Singapore.
Kenya’s ruling elite too has learnt to use elections to its advantage. Instead of weakening the elite’s grip on power, the elections might actually make them stronger. Given this situation, and recent events, it’s unclear whether Kenya will ever complete its transition to democracy.
Barbara Yoxon is Associate Lecturer in Politics, University of York. This article is taken from The Conversation.