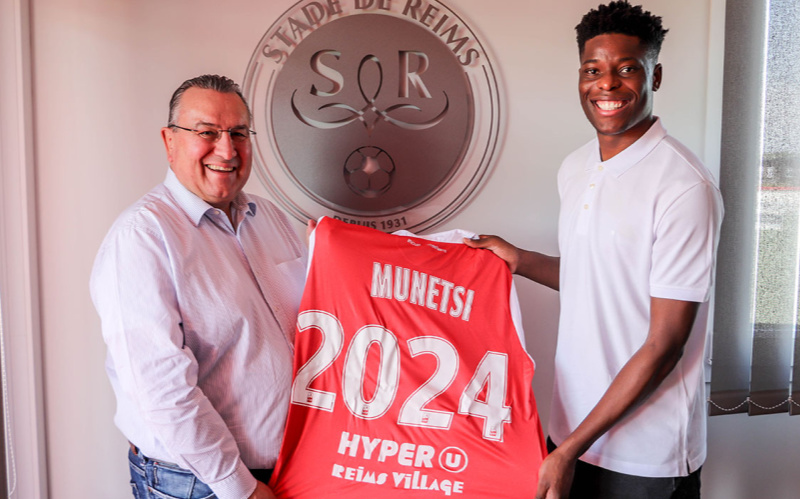 FRENCH club Stade de Reims refused to sanction a loan move for Zimbabwe international Marshall Munetsi to English Championship side Derby County as they believed he still had a lot to offer to the club, it has been revealed.

According to French journalist Loic Tanzi of RMC Sport journalist, Derby County made a loan offer with a view to buying the 24-year-old midfielder in January.

However, the deal did not materialise and since then, Munetsi has gone on to shine in France’s Ligue 1, much to the disappointment of former Manchester United star and current Derby manager Wayne Rooney, who was keen to add the Warriors star to his squad.

Munetsi has established himself into one of the most highly rated players in the French Ligue 1.

The Zimbabwean is a strong holding midfielder who possesses a powerful running style and great ability with the ball in his feet.

Since returning from injury, Munetsi has seen his side go on an impressive six game unbeaten run including a 1-1 draw against French giants Lyon in recent weeks.

Munetsi has also been capped 19 times by Zimbabwe and was handed his debut by the national side aged just 21.

He however missed the Warriors’ recent African Cup of Nations qualifiers against Botswana and Zambia due to Covid-19 travel complications.

According to reports from France, Munetsi is a key part of Reims’ plans going forward and any deal to sign the talented 24-year-old would have to involve a sizable transfer fee.

The former Orlando Pirates midfielder has been in fantastic form and has won two Man of the Match (MOTM) awards in recent weeks including being named in Ligue 1’s team of the week for Matchday 29 recently.