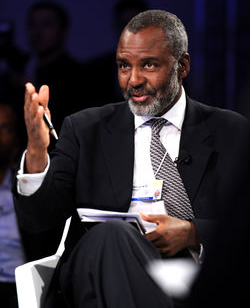 I HAVE seen pages on Facebook which are said to have been put up by citizens to support the candidature of Dr Nkosana Moyo for the office of President of the Republic of Zimbabwe. Many of my colleagues in the opposition may be unhappy about the prospect of Dr Nkosana Moyo running. The reasons range from wrong timing to a sense of entitlement on the democracy and economic recovery project. My words here are a personal testimony on my reasons for supporting this move.
I was in conversation with an associate from a civic organisation a day after meeting Dr Moyo’s team recently. I was excited about the prospect of him running, and told him about how much the talk of Dr Moyo’s ‘core values and competence’ had just won me over. Finally, here was a leader that one could support on principle. But then he asked me a critical question…”So, were you not supporting Dr Mujuru on principle?”.
The answer is yes. However, the principles in question are not changed by moving to support Dr Nkosana Moyo. If anything, they are enhanced. The reason I joined ZimPF (now NPP) was that it offered a promise of leadership renewal that would in a sense stand with the critical values of the liberation struggle and this would be good ground for the turnaround and recovery of our socio-economic state.
Regardless of the leader’s history and track record, I had believed that a change in the person and team-leading, given that the argument to the electorate had to be made on the principle of democratic values, would bring change. This was based on the belief that it would limit the negative impact Mai Mujuru and team would have had regardless of questionable character and track record of having been with Zanu PF.
Above all, personal involvement in the party meant that I, too, would be responsible for shaping policy and making decisions, this gave me confidence to participate. And, besides, the alternative was inaction, which in all good conscience was morally unacceptable to myself.
Moving to support Dr Moyo does not change these principles. I do not see Dr Nkosana as a threat to the values of liberation. And I see him as a man who will truly embody democratic ideals. To add to all that, he has the core values and competence to turn the country’s economy around. For the principle of liberation, democratic values and a turn-around in our socio-economic state, supporting Dr Nkosana is not a move that shows a lack of principle because his leadership resonates with all the principles and values I hold more than any other candidate at present.Advertisement

A measure of the leadership competence of Zanu PF is not that hard. One just needs to look at the way the organisation seems to run on fear. A failure to elect new leadership reflects a departure from a basic tenant of democracy – leadership renewal. The impact of sanctions aside, the degree of corruption, mismanagement of the available resources, lowering of standards, lack of morale in the civil service etc. are a clear indication of failure. And after all that, the response at their convention was to stick by the same leadership. This cannot be an inspiring move to the millions of Zimbabweans suffering under their misrule.
A measure of the opposition is not as hard as well. From all the organisations currently on the scene that are worth talking about, how many are truly well run? How many truly follow democratic principles and cherish democratic values? How many respect competence and encourage innovation? How many have a credible track record and evident upright character? What is the one tangible achievement of those that have actually had an opportunity to be part of government?
I could go on with questions; however, I will leave that to every individual. Seeing a lack of delivery on what we need most collectively does not require rocket science. I refuse, and encourage you to do the same, to put up with Zanu PF anymore and to compromise values and principles when we clearly have a better option. Dr Nkosana is above board and his track record shows that he will assemble a team of like-minded members with a heart for serving the people and a sheer determination to achieve the vision of a new Zimbabwe.
For those reasons and more that will be clear as the journey to electing a new leader and his team for the sacred governing mandate continues, I urge all Zimbabweans and, more so, those in opposition ranks and supporters of Zanu PF to consider putting their efforts behind a candidate that truly is a reflection of the best leadership towards a new Zimbabwe. And to entrust him with their interests by encouraging him to run, then voting for him to take charge of the sacred governing mandate.
A C Gula-Ndebele is former ZimPF youth, activist in South Africa.