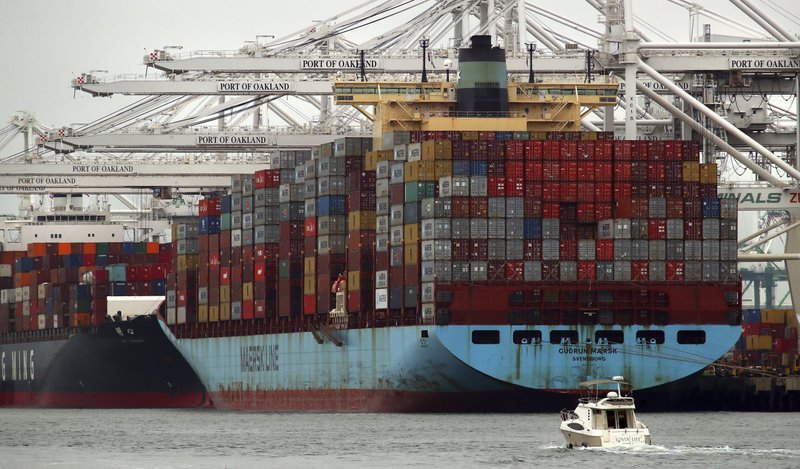 WASHINGTON (AP) — To understand why the United States and China stand on the brink of a trade war, consider the near-death experience of American Superconductor Corp.

The company, known as AMSC and based in Massachusetts, was reeling after a Chinese partner stole its technology — the electronic brains that run wind turbines. The loss was devastating: AMSC’s stock shed $1 billion in value, and the company cut 700 jobs, more than half its workforce.

“Attempted corporate homicide” is what CEO Daniel McGahn called it. In January, its Chinese partner, Sinovel Wind Group, was convicted in a U.S. court of stealing AMSC’s trade secrets.

To the Trump administration, Sinovel’s predatory practices are hardly isolated. Beijing, it charges, is orchestrating a brass-knuckles campaign to supplant U.S. technological dominance and over the next few decades make Chinese companies global leaders in such fields as robotics and electric vehicles.

According to a report by the Office of the U.S. Trade Representative, Beijing’s tactics include coercing American companies to hand over trade secrets in return for access to the Chinese market; forcing U.S. businesses to license technology in China on unfavorable terms; using state funds to buy up American technology; and sometimes outright theft.

Critics have long asserted that China runs roughshod over intellectual property rights. But President Donald Trump, who ran for the White House on a vow to force China to reform its trade policies, is the first U.S. leader to risk a trade war between the world’s two biggest economies.

“We’ve been in a trade war for a long time, but we weren’t participating,” said Richard Ellings, president of the National Bureau of Asian Research. “We’ve awakened. … This is a fundamental change. It’s a historic moment.”

Critics argue, though, that while Trump has picked the right fight, he has chosen the wrong weapon. They predict China will defy an array of U.S. tariffs set to take effect Friday and will retaliate immediately. And they warn that the escalating trade war will slow global growth and jeopardize the second-longest economic expansion in U.S. history.

Many analysts say the United States should have enlisted key allies like Japan and the European Union — which share U.S. complaints about Chinese trade policies — to impose unified pressure on Beijing. Instead, the U.S. is engaging in trade disputes with its friends over imported steel, aluminum and autos.

“There is no way to meaningfully influence Chinese behavior on intellectual property without coordination among like-minded advanced nations, and presently there is almost none,” said Daniel Rosen of the economic research firm Rhodium Group.

Barring a last-minute breakthrough, the Trump administration will impose tariffs this week on $34 billion in Chinese products that have benefited from China’s strong-arm policies.

Once Beijing responds with retaliatory tariffs, as it has said it will, the combat could escalate. Trump has said he is prepared to slap taxes on up to $450 billion in Chinese imports, or nearly 90 percent of the goods China shipped to the United States last year.

The stakes go beyond the economy. Many of today’s advanced technologies — the ability to collect and analyze vast amounts of data, for instance — have military uses.

“Today, the acquisition of a Silicon Valley startup or even a health care provider may raise just as serious concerns from a national security perspective as the acquisition of a defense or aerospace company,” Assistant U.S. Treasury Secretary Heath Tarbert told Congress in April.

That’s why the United States in January effectively blocked the acquisition of the money transfer service MoneyGram by China’s Ant Financial. Concerns were raised that the deal would give China access to the financial records of millions of Americans, including members of the military.

The U.S. says the Chinese government blurs the lines between state and private companies by bankrolling deals like Geely’s 2010 purchase of Volvo Cars and appliance manufacturer Media’s 2016 acquisition of German robotics maker Kuka.

In 2017, Trump vetoed the sale of a U.S. semiconductor manufacturer to a Chinese investor as a threat to national security after Washington concluded the financing came from China’s government.

U.S. officials see a threat in Beijing’s long-range development plan, called Made in China 2025. The plan calls for creating powerful Chinese players in such areas as information technology, robotics, aerospace equipment, electric vehicles and biopharmaceuticals. Foreign business groups argue that Made in China 2025 is unfairly forcing them to the sidelines in those industries.

Whatever the reasons, China has been gaining traction. Stephen Ezell, director of global innovation policy at the Information Technology and Innovation Foundation think tank, said China has raised its share of global output in 18 high-tech manufacturing industries from 8 percent in 2003 to 27 percent now. It is now the world’s largest exporter of high-tech products.

About four years ago, Dais had lined up a Chinese company to help develop its business in nanotechnology that helps produce clean water. But the partnership imploded. Tangredi said the Chinese company persuaded a long-time Dais employee to defect with trade secrets.

“They just stole it, and they are using it against us,” he said.

Tangredi said he hopes the threat of a trade war will force China to rethink its practices: “You’ve got to do something to get their attention.”