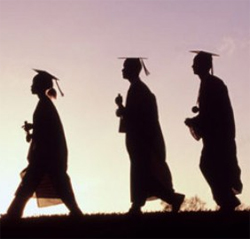 ZIMBABWE is in the throes of a popular revolt. Since May 2016 hundreds of activists – informal traders, unemployed young people and others – have hit Harare to protest against President Robert Mugabe’s government, which responded on Friday, September 2 by banning all demonstrations in the capital.
The government seems unable to revive the country’s flat-lining economy. Activists’ frustrations stem from the government’s failure to meet people’s basic economic expectations: a labour market that provides jobs, a public workforce that is paid on time, a trustworthy stable currency and an affordable price regime.
Two of the protesting groups involved after the initial #ThisFlag demonstrations were the Zimbabwe National Students Union and the Zimbabwe Coalition of Unemployed Graduates. There is a long history of student activism in Zimbabwe, but this is the first time that young people who have completed their university education have mobilised as graduates.
On August 3, these young men and women marched into downtown Harare under the banner of #ThisGown- a reference to the robes they wear at graduation.
They have good reason to be angry. They are unable to find jobs that match their skills or meet their expectations. The country’s economy is in crisis and their future in doubt. So what difference will their protests make? If it is to secure their expectations for employment, the outlook is grim.
The ruling ZANU PF party has failed to create 2.2 million jobs over the past few years as promised in their 2013 election manifesto. Instead, as the economy has deteriorated, employers have been forced to cut back on staff. This has pushed many graduates from all disciplinary backgrounds into the informal sector where they try to scrape together a living.
Twin dynamics at play
There are two other factors driving the protests. Graduates and their families are poorer than their predecessors – and there are many more of them. These realities stem from changes in Zimbabwe’s higher education policy over the past 20 years. Two in particular stand out.
The first is that these graduates, unlike their predecessors, have had to pay for their education. Before sweeping reforms in 1996, all university students received basic state grants. Now they must cover tuition of around USD$500 per semester. They also have to pay for accommodation and living costs.Advertisement

Secondly, the reforms drove a dramatic expansion of the higher education system, from two universities to 15 with still more in the pipeline. This significantly increased the number of graduates entering Zimbabwe’s labour market. The twin dynamics of imposing fees and an ever-increasing supply of graduates in the context of a shrinking economy is central to the current anger.
After decades of a professional labour market that was dominated by the civil service requirement for degrees, Zimbabweans’ strong belief in the value of university dies hard. For many Zimbabweans, it is not education but the government’s mismanagement of the economy and its failure to create labour market demand that’s the problem.
Zimbabwe’s poor finances
Since ZANU PF’s 2013 election victory – extending its stay in power to 38 years – ministers have sought financial support from international donors to reboot the economy.
To access this financing, the government in 2015 agreed to pay three of these donors (the African Development Bank, the International Monetary Fund, and the World Bank), its combined arrears of $1.8 billion USD. It has borrowed heavily from the Zimbabwean banking sector to raise this cash. This borrowing, along with the issuing of Treasury Bills, has negatively affected liquidity, or access to cash.
The situation has been particularly acute since the country has been using the US dollar and South African rand since the hyperinflation and economic collapse in 2008. Other events like summer droughts, the devaluation of the rand and highly unpopular import restrictions have exacerbated the economic crisis.
The most significant political effect of this has been on public sector payroll. Salary payments to doctors, teachers, nurses and other civil servants have been delayed. These delays have prompted several “National Shutdowns”, which have emerged as by far the most effective form of current protest: the shutdowns pressured the government into paying salaries.
ZANU PF’s economic mismanagement has given many people, among them unemployed graduates, reason to protest. But will these protests lead politicians to seriously address unemployment?
Impact of the protests
Apart from the National Shutdowns, ZANU PF politicians have not been bothered by the Harare protests. These urban demonstrations have not touched ZANU (PF)’s traditional strongholds of the rural electorate. Instead, Zimbabwe’s political leaders have been consumed by intense factional infighting over the political succession to Mugabe, who is 92. This is the real political game that matters.
The protests have, however, been significant for opposition politicians. Initially caught out by them, the leaders of these parties have focused urban mobilisation on key issues such as the need for electoral reform ahead of the 2018 election. They have also accelerated discussions of an oppositional coalition between parties. Is there hope in these political shifts for graduate employment?
It is unclear how Zimbabwe’s politics will unfold ahead of the 2018 election.
The unemployment or underemployment that graduates face is a longer term issue than the current liquidity crisis or political manoeuvrings. Even if the labour market improves, it will not meet the expectations of the increasing numbers of graduates entering it. This is a global problem that young people face.
Zimbabwean students’ high social and cultural expectations of their university degree are unlikely to be met in the coming decade. Such hard realities are tough for students to passively accept. It could be a very bumpy ride.
Author’s note: My thanks to Phillip Pasirayi for his insights in researching this paper.
Dan Hodgkinson, DPhil Candidate in International Development, University of Oxford. This article was originally published on The Conversation.