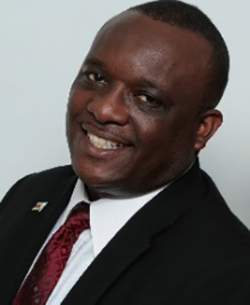 IT is time we Zimbabweans lost our sense of humour specifically where President Robert Mugabe’s jokes and mockery are concerned. The dire economic situation in our country is not a laughing matter. Neither are the threats directed at Zimbabweans who simply want our country back on the path it once was to becoming the pride of Africa.
Our journey as an independent country started off on a very hopeful note with a powerful address to the nation on the 4th of March, 1980 by then Prime Minister-elect Robert Mugabe. He spoke then about beating swords into ploughshares, and how he was going to “uphold to the full” the civil rights and freedoms declared to be fundamental by the constitution. He invited all of us to join him in forgiving each other and to “deepen our sense of belonging and engender a common interest that knows no race, colour or creed” so we could build “a great Zimbabwe that would be the pride of Africa.”
There was evidence however, to anyone who bothered to look closely that there were some to whom the newly minted “Reconciler-in-Chief” would never extend a hand of reconciliation. Those included Ndabaningi Sithole, James Chikerema and Abel Muzorewa, people he never stopped mocking as vapanduki nezvimbwasungata.
Most Zimbabweans were not bothered by his mockery of those whose acts of betrayal made them irredeemable in the president’s eyes. Most died broken men and have been permanently consigned to the dust bin of Zimbabwean history. Over the years, the targets of his acerbic tongue have included the country’s first black Chief Justice, Enoch Dumbutshena, Edgar Tekere, Dumiso Dabengwa, Joshua Nkomo, all white people, Joyce Mujuru, Strive Masiyiwa, Solomon Mujuru, Itai Dzamara, Margaret Dongo, Morgan Tsvangirai, Zimbabweans in the Diaspora, young urbanites, and now Mutsvangwa and the War Vets, to name a few.
Lately Mugabe has only been outdone by his wife whose insults of Joice Mujuru so impressed V.P. Mnangagwa that he famously said at a rally: “Ndakazipigwa” when she exposed Mujuru as a traitor. Now that she has turned on him, her utterances are no longer a laughing matter for the Vice President. There was nothing funny nor innocent about what the President said concerning Pastor Evan Mawarire at the burial of Charles Utete at the Heroes Acre. As he was mocking Mawarire, he was also giving the signal to Zanu PF youths to get ready to fight their countrymen.Advertisement

If “Mawarire is not one of us” as the president said, then he does not deserve the protection of the law. The same tactic was used by the Interahamwe in Rwanda just before the genocide that broke out in April 1994 when they described Tutsis as cockroaches to signal to radical Hutus that they could destroy their compatriots with impunity. As a result, in Kigali the capital of Rwanda alone, over 270 000 Tutsis and moderate Hutus were murdered.
Taking the cue from the president’s comments about Mawarire, Zanu PF speakers at a demonstration at party headquarters called on the police to step aside so they could deal with any future protestors. Other aspects of Zanu PF’s strategy going forward was revealed: the granting of land and houses to party youths to extend the system of patronage to create another circle of dead-enders who will fight to protect the system to the end. That is no laughing matter.
We should not laugh anymore because the disappearance of Itai Dzamara is not a joke. We should not laugh anymore because the impoverishing of our fathers who should have been enjoying their pensions now, and the 90% unemployment in our country, is not funny. We shouldn’t laugh anymore because every giggle emboldens those who make light of our country’s plight to think they are right and to not feel the urgency of the moment.
We shouldn’t laugh because, as imperfect as he was, General Mujuru most likely paid the ultimate price for his sympathies for those who were saying it is time for change. I am convinced this government will inflict more pain and that more innocent people will die unless it knows the seriousness of the moment and that the struggle for change has become everyone’s struggle.
The best news from Zimbabwe this week was that the War Veterans no longer find their patron to be amusing and that they are going to join the masses in pushing to bring about change in our country.
This is not time to laugh. It’s time to work.
Dr. Noah Manyika is the founder of Build Zimbabwe, a platform to encourage Zimbabweans at home and in the Diaspora to give back to their country and communities in service. A Fulbright Scholar and graduate of the world-renowned School of Foreign Service at Georgetown University in Washington DC, he has served on the Affordable Housing Cabinet of Mecklenburg County and on the Board of Visitors of Queens University in Charlotte, North Carolina, and the boards of United World Missions and Harvests of Hope which between them have projects and workers in over 35 countries.