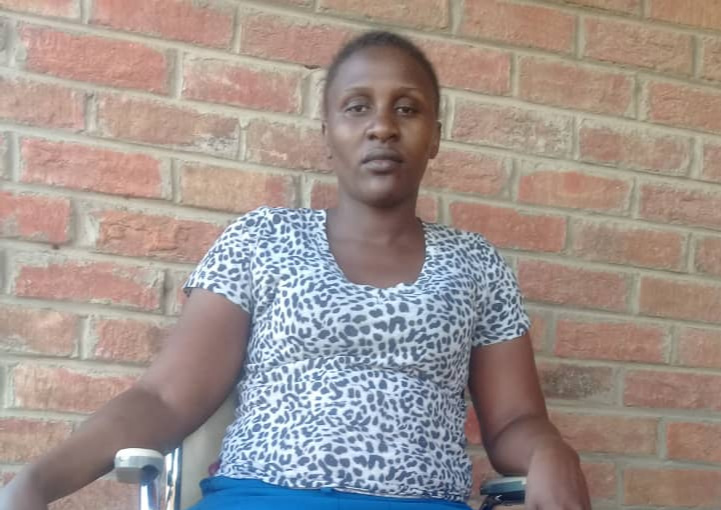 WHAT started as a normal day for Siphiwe Nkomo (36) in October last year ended tragically when the Norton woman became a victim of a hit-and-run road incident that also claimed the lives of her husband and daughter.

Her husband, Comas Mute and her 4-year-old (then) daughter died on the spot October 24 last year while she was left unconscious.

Doctors at Harare Central Hospital were also forced to terminate her five-month-old pregnancy because her unborn child had died in the stomach as a result of the tragedy.

While Nkomo could count herself lucky to survive the incident, she now has to face a life without both legs which were amputated after they were rendered dysfunctional by the horrific occurrence.

She speaks about the fateful day.

“What I remember is a policeman coming to my hospital bed to take a statement and that was that,” she says, adding, “I don’t even remember what he was asking me and because I was also unable to talk because I was in so much pain.

“I was discharged from the hospital after four months and never heard anything from the Norton police or anyone regarding the accident.”

Nkomo did not get any chance to attend her husband and daughter’s funerals as she was in pain in hospital.

When she got discharged, she was taken into the care of her relatives because of her condition.

“My relatives had to take me to Bulawayo because I was incapacitated, disabled, a widow and a mother of two children,” Nkomo says.

“…I have never heard what happened to the driver but I guess eye witnesses could have helped identify him had the police done their job diligently.”

Now moving on a wheelchair, Nkomo said she had lost hope any justice will ever be served on her family’s tragedy.

“I am poor, penniless and disabled; who will pursue the case for me, who will assist a poor woman like me. Justice seems is not for the…” she says in tears.

“I have already lost a husband, a bread winner, a child and a pregnancy terminated, both legs amputated, all because one reckless driver who still walks free.” 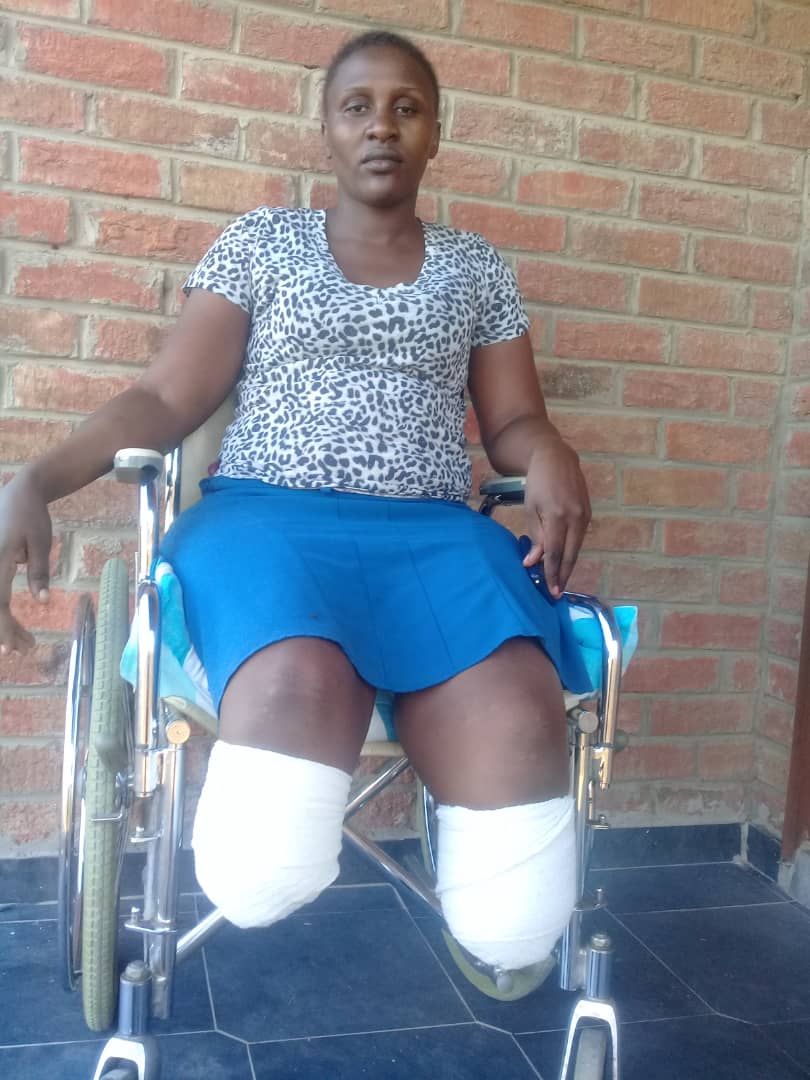 Nkomo is now appealing to individuals and businesses to assist her to get some artificial legs so that she could again and continue fending for her two kids.

“I want to work and send my two kids to school. All I want now is money or someone to buy me artificial legs, this will go a long way,” she says.

“If justice will ever be served, I leave that to God, I hope one day, one lawyer will take my case up and pursue it.