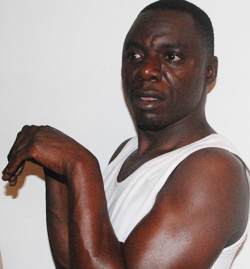 LAWYERS representing Alick Macheso’s estranged wife reacted with outrage Wednesday after the Sungura star offered her US$150 monthly maintenance.
Tafadzwa Fortunate Mapako had demanded US$7,130 per month for the upkeep of the couple’s two children and her own living expenses.
Wednesday’s hearing attracted huge interest with members of the public packing the courtroom while others followed proceedings from outside.
Magistrate Tafadzwa Muvhami is expected to deliver judgment in the case on Thursday.
Macheso told the court he earns between US$800 and US$1000 per month depending on the number of shows his group stage as well as attendances, adding he could only afford to pay US$150 maintenance.
The offer was rejected with derision by Tafadzwa’s lawyers.
“It is in the public domain that Macheso earns a lot of money through his shows and from various entities such as Red Cross, Baker’s Inn and Nash Paints where he is an ambassador,” said Gift Nyandoro, one of Tafadzwa’s attorneys.
“If he (Macheso) is saying that he took these roles for free, then something is wrong with his management. Macheso is lying to the court that he earns between US$800 and US$1 000.
“If he earns that money, where was he going to get the US$1 000 plus he had initially offered as maintenance, is it a case of miracle money?
“We are not talking of Kapfupi here but Macheso who is a local, regional and international artiste and can charge more than US$6 000 per show.
“To Macheso US$7 130 is just a drop in the Kariba Dam. He is just running away from his responsibilities.
“The respondent alleges that he gave our client a divorce token but the question is – where is the proof? If it was Mapako who ended the four-year marriage, why then is Macheso giving her a divorce token instead of Mapako giving him the token?”
Macheso’s lawyer Norman Mugiya said Tafadzwa was mistaken if she thought she could get a “meal certificate” from his client.
Mugiya also accused Tafadzwa of hiring people from Mbare and claiming they were family drivers and gardeners in order to inflate her maintenance claim.
“She thought she would get a meal certificate from Macheso … Where is the tangible evidence that my client has other means of getting money?” he added.Advertisement

“I think this so-called driver was picked from Mbare and employed this morning as a driver.
“It’s common cause that kids catch a cold and in the case of Alick Junior who Mapako alleges is of ill health, it’s just a cold which can be cured by pain killers so what does she need US$900 for?
“I pray that the court orders an interim figure of US$150 which is a whopping figure for Mapako and to order paternity tests to be conducted by May 30.”
What Tafadzwa wants US$7,130 for:

Groceries to the tune of US$1 500 per month
US$300 for a housemaid
US$300 for the gardener
Clothing allowance of US$600
US$300 for fuel allowanceUS$450 monthly for a driver
US$600 vehicle allowance and servicing
US$750 for medication of her family
US$550 for extra- curricular activities
US$400 monthly for hair and beauty therapy
US$200 Telephone and,
US$1,100 for monthly rent, water and electricity bills