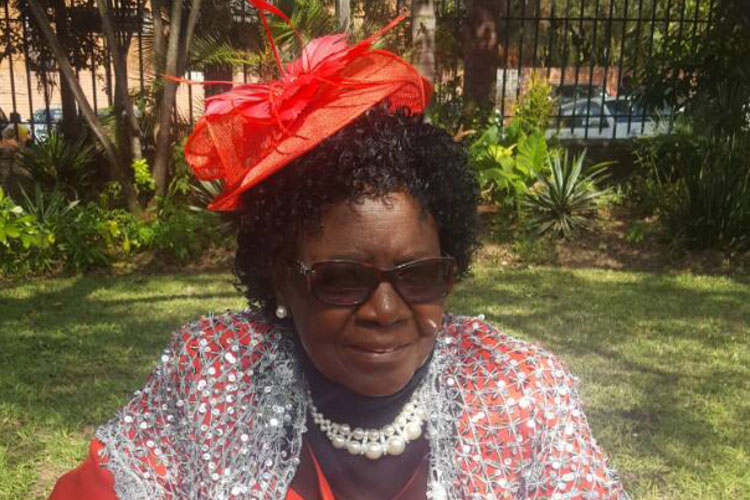 SPIRITED efforts by the widow of late top local church founder Cuthbert Tafundikira Makoni, Leddie Makoni to become the church’s leader following the death of her husband have flopped after the High Court Monday ruled that she has no legal right to mount a court application on behalf of the church.

Leddie and her son Collin Zondai Makoni are involved in a bitter fight over the church’s presidency.

Leddie last year approached the High Court seeking a declarator that she is the rightful leader of the church according to the constitution of Christ Ministries Church.

She wanted her son, Collin to be stopped from creating confusion in the church and interfering with the church’s business.

However, High Court judge Justice Jacob Manzunzu struck the matter off the roll, ruling that the matter was improperly before the court.

“I have read it (the church’s constitution) and apart from giving the President the right to make unilateral decisions in some instances, nowhere does it expressly empower the President to unilaterally institute proceedings on behalf of the 1st applicant (Christ Ministries) without consulting the executive committee,” the court ruled.

“The second applicant (Leddie) has failed to prove that she has been authorized by the 1st applicant to institute these proceedings. Her position as President of the 1st applicant is under challenge and she cannot act as such until a determination is made by the court.”

“It is ordered that; the deponent of the affidavit has no authority to represent the applicant. The application is struck off the roll with costs.”

Christ Ministries Church was cited as the first applicant in the court application while Leddie is the second applicant.

She complained her son had developed the habit of scandalising her in a bid to win favours from church members.

Collin, Moses Ruvetsa, and the Registrar of Marriages were cited as first, second and third respondents, respectively.

According to the court application, the church solemnises civil marriages in terms of the Marriage Act (Chapter 5:11) and is required by law to submit a copy of its constitution to the Registrar of Marriages.

However, according to Leddie’s affidavit, her son is influencing the Marriages Registrar not to entertain her.

She said she founded the Christ Ministries Church with her late husband with the now deceased being the founding president.

On April 4, 1992, a special meeting of the church’s assembly adopted a constitution for the church and in terms of that constitution, the church is a corporate body, separate and distinct from its members.

Leddie said prior to his death, her husband on October 6 2014 executed his last will and testament.

“In his will, my late husband appointed me to succeed him as president. This puts the succession issue beyond debate. I was appointed as the successor to Rev C T Makoni before his death in accordance with clause 6(a) of the Constitution,” she says in her court papers.

“Accordingly, my exercise of presidential powers is lawful and constitutional. I have a clear right to the presidency and I respectfully request this court to grant me a declaration to this effect.”

She had said Collin does not recognise her as the president of the church.

She also said Collin had also instructed his guards to bar Leddie from visiting the church office insisting the religious institution had no leader yet since the death of his father.

“The dispute arises from the conduct of the first respondent who is my second child,” Leddie said.

Leddie further accused her son of getting support from Ruvetsa who claims to be head of denomination adding Ruvetsa was writing letters to the Registrar of Marriages instructing him to reject the church’s 1992 constitution.

She said Ruvetsa continues to cause havoc despite that he is based in the United Kingdom where he has started his own church known as Maranatha Assemblies of God.