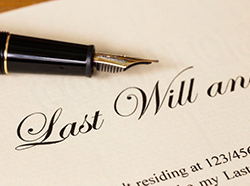 WILL Smith has revealed he has recorded 30 new songs in preparation for relaunching his music career after a long hiatus.
Smith was talking to Zane Lowe on Beats 1 radio show where he also announced that he hopes to go on tour with DJ Jazzy Jeff for the first time next summer.
The pair achieved worldwide fame as DJ Jazzy Jeff & The Fresh Prince in the late 1980s with their album He’s The DJ, I’m The Rapper and their huge hit Summertime.
They later split up to pursue solo projects but have continued to collaborate.
Smith told Lowe: “Jeff and I actually never have done a full tour. I’m terrified.”
The star said he has recorded dozens of songs, with six or seven that he “really, really likes”.
“I’m at the beginning of this process, you know, shaking the rust off, knocking the dust off.”
Smith said he is working in the studio every day and is looking for artists to collaborate with and help him with his ideas.
“I’m just trying to still find that voice. I have so many things that I want to say, and I’m struggling with saying them in a way that, you know, fits the flavour of music that I tend to like.”
The Hollywood actor will have to juggle his music career with film commitments next summer – the highly anticipated Suicide Squad is due for release in August 2016.Advertisement