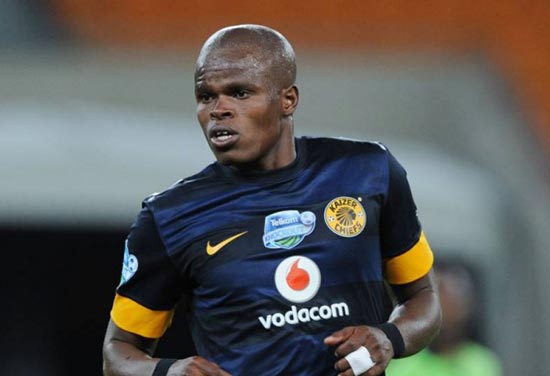 KAIZER Chiefs vice-captain Willard Katsande has vowed to work harder on his penalty-taking after missing his kick in the F.A.M.E Charity Cup final against Baroka FC.
Katsande, who skippered the team in Polokwane on Saturday, had his spot-kick saved by Baroka goalkeeper Oscarine Masuluke, who went on to save from William Twala and George Maluleka as Bakgaga lifted the pre-season trophy.
The defensive midfielder was Chiefs’ joint-second top scorer last season with seven goals, having netted four league goals from the spot.
“The penalty kicks were a big disappointment, for the team and also for me personally, as the captain on the day. I take responsibility and will work on it,” Katsande tells the club’s website.
However, the experienced Zimbabwean midfielder is not reading too much into the result of the Polokwane tournament at this stage of the year.
“We know results matter every time we play, but during pre-season we are testing a number of elements in the game. We are in a preparation phase for the start of the 2016/17 PSL season,” he explains.
“We are perfecting some of the tactics. We are also cautious not to give away much detail to the opponents at this stage of the pre-season.”
Katsande also admits there is a lot that Amakhosi can work on ahead of their first match of the season at Bidvest Wits on August 23.
“We had a few chances against Baroka to seal the match during the regulation time. We must fix that before the start of the season,” he adds.
“We are ready to kick off with the league programme. We can’t wait, because we are motivated to do well and give our supporters something to cheer about.”Advertisement