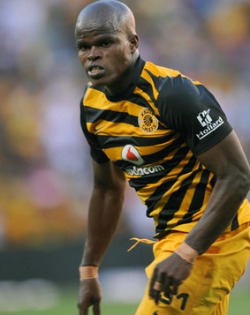 WILLARD Katsande was the main man again and walked away with R235 000 at Kaizer Chiefs’ end-of-season awards on Thursday night.
Katsande – who was the second-top scorer with seven goals despite being a defensive midfielder – won Player of the Season, Player’s Player, Fans’ Player, Online Player and four player of the month awards.
The Zimbabwean won even more money than last year’s standout performer Tefu Mashamaite (R170 000), and he was helped by an extra R25 000 for the Players’ Player award, which was worth only R25 000 this year.
George Lebese came home with R50 000 extra for ending as the club’s top scorer with eight goals in all competitions, as well as winning two player of the month awards.
Lorenzo Gordinho was also rewarded for his breakthrough season with a Most Improved Player win and two player of the month awards, pocketing a lovely R50 000 ahead of the cold winter.
Katsande has thanked the club’s technical team for showing belief in his qualities.
Taking to Twitter to express his gratitude, the mid-fielder wrote: “Thanks guys for voting for me player of the month of feb Mar April and may.
“To all my teammates I really wanna say thank you guys without you this was going to be impossible#onelove.
“Special thanks to @KaizerChiefs for giving me opportunity,also the technical team for believing in my hard work.”Advertisement