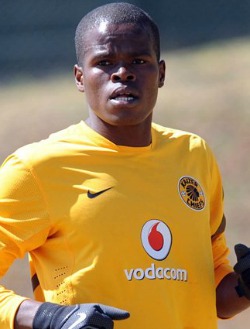 ZIMBABWE senior soccer team captain and Kaizer Chiefs anchorman Willard Katsande has refused to be drawn in to comparing last season to the current campaign saying its unfair due to the various changes that have occurred within the team.
Last season Chiefs raced to the Absa Premiership title with three games to spare with Stuart Baxter at the helm, eventually finishing 12 points ahead of runners-up Mamelodi Sundowns.
This season, however, has been a different story under new coach Steve Komphela. The Glamour Boys are currently in fourth position and trail leaders Sundowns by 10 points, with 12 games to go.
Katsande told Kick Off there were changes in personnel at Chiefs this season and it was unfair to compare the two seasons.
“It would be unfair to compare this season to last season because, the truth is, we have new players on board,” says the 30-year-old.
“All we need to do is focus on now, because everything you do won’t be similar to what you have done yesterday. The only worry is to affect the future and to start winning games and picking up points going forward.”
After going through the majority of the 2014/15 campaign as log leaders the Zimbabwean international feels it is better that Chiefs are amongst the chasing pack, and believes it makes for more interesting viewing for the supporters.
“I think it is better to chase because if you are being chased you are bound to relax. In the current situation, we are chasing those ahead of us, so I think it is better than being chased,” he adds.
“It also makes the football interesting. It will make the soccer fans happy paying their money to go and watch the drama week-in and week-out.
“I think it is good for us as players also.”