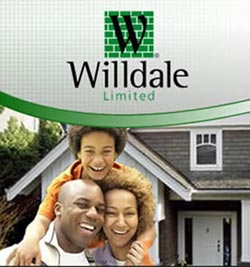 ZIMBABWE stock exchange-listed Willdale Limited has said negotiations with a potential long-term financier, to fund the refurbishment of its plant and acquire sufficient mobile equipment, are at an advanced stage.
The money would be used to ensure the company continues to grow and reduce costs as it focuses on growth in revenues and a positive profit margin from increased throughput in the next financial year.
In cautionary statement on Wednesday, the company said: “Willdale Limited would like to advise shareholders and the general public that negotiations are still on progress on a transaction to re-finance the company whose outcome could have a material effect on the business and the share price.
“Shareholders are therefore advised to continue to exercise caution and to seek professional advice when dealing in company’s shares.”
Last year the company’s board had agreed that the company would continue to operate as a going concern at least for the coming financial year.
The board’s view was premised on the successful turnaround efforts that are currently under way, continued support from current financiers and successful negotiations with a potential financier.
The company flagged an US$8 million capital raising exercise, saying some local financial institutions and banks had shown interest while they are also looking at moving to cheaper long term loans from external lenders.
About US$2 million is required for the purchase of mobile equipment as they currently hire at rates that are double that of South African suppliers. All-weather facilities require US$5 million while for general working capital Willdale requires US$1 million.
Willdale is also planning to reduce costs by streamlining its headcount, but this would unlikely involve retrenchment.
The company has regained its market share, with demand exceeding supply, and customers who had moved on were starting to come back.
Speaking at the company’s last AGM, chairman Alex Jongwe said: “Although some business has been lost to the cement brick trade due to lack of supply, the preference in this market is for clay bricks.”
Jongwe said production numbers at the time were at between 1 million and 1,5 million bricks a month, adding the company was working to a dry season high of 12 million.Advertisement

He added the average production historically was between 3,5 million to 4 million a month while the plant capacity was over 12 million.
Under the strategic plan Willdale is also looking at plant rehabilitation and investing in mobile equipment which will lead to a labour reduction by 50 percent from 500 to 250.