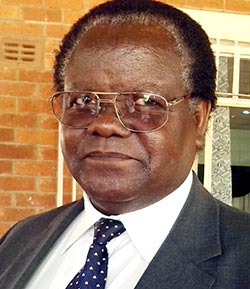 BRICK maker, Willdale has recorded a 17 percent increase in volumes for the six months to March compared to the same period last year after the group secured funds for new equipment and recapitalisation.
The company’s consultant chief executive, Clifford Mushambadzi told shareholders at an annual general meeting on Tuesday that business was low during the first six months of the year due to the rainy season.
Willdale recently purchased equipment worth $1,5 million after securing a bridging loan from CBZ Bank earlier this year. The loan will be repaid from the $3,2 million the company is seeking to raise through a rights issue which opened on Tuesday.
It also secured a further $3 million loan from the bank which was used to recapitalise the business.
“The capital raising initiatives have breathed a new lease of life into the company,” Mushambadzi said.
“We have reached a point now where we can deal with specifics where agreements have already been signed and still to be approved by the shareholders.”
The company which narrowed its losses to $744,485 for the year ended 30 September 2013 from $1 million in 2012 experienced a downtime of 44 percent prior to the capital injection.
“Half of the time we were sitting around because we did not have equipment and cash,” said Mushambadzi adding that the months May and June were a “miserable” period for the company with suppliers going for months without being paid while others pulled out.
He said with the latest capital injection, restructuring of loans and the $3,2 million to be raised through a rights issue would help to resuscitate the company.
The company has debts of over $6 million, which it has renegotiated to pay over a five-year period with lower rates.
“We expect our production to move very aggressively from now on because we are entering the peak season fully equipped,” he said.
More equipment is expected between next week and August while $300,000 from the rights issue would go toward purchasing more equipment.
“We expect to raise our production by 30 percent every month for the next three months until we reach full capacity in August,” Mushambadzi said.
He said the company was also rehabilitating two facilities which would raise capacity to produce an additional three million bricks per month.Advertisement

It has clay reserves of 20 years and is looking for more.
“We believe we will regain our market leadership position through increased production but most importantly for investors, this will be supported by a profitable, sustainable business model,” he said.
At an extraordinary general meeting which followed the AGM, shareholders approved a resolution to raise $3,2 million through a rights issue and to increase the authorised share capital of the company  by 50 percent to three billion shares.
“The funds will result in an increased throughput, significant improvement in efficiencies and improved profitability,” chairman Alex Jongwe said.
The rights issue will be underwritten by Old Mutual Life Assurance Company.