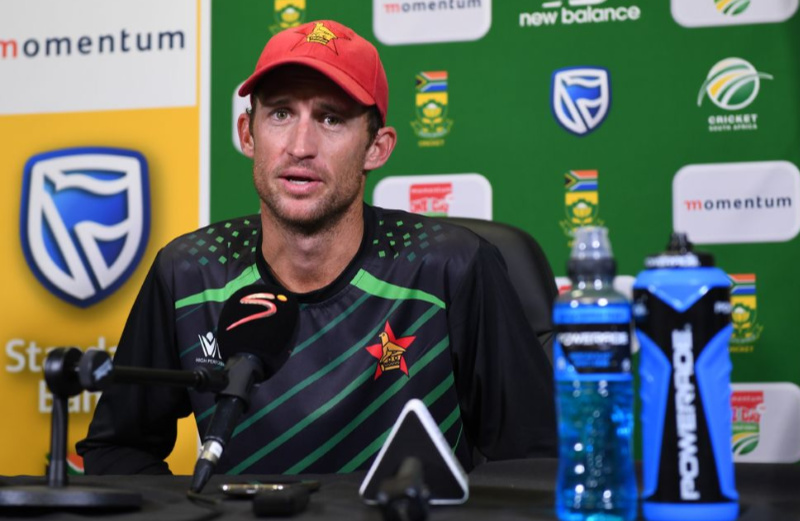 Opening batsman Chamu Chibhabha has been tasked to lead the team in One Day Internationals (ODIs) and T20s on an “interim” basis.

Williams, who led the national side on an interim basis during its tour of Singapore, will lead the side for the first time as substantive captain during a two-match Test series against Sri Lanka in Harare last this month.

The appointments which were “unanimously endorsed” by the ZC board on Tuesday were announced by former Zimbabwe Cricket captain Hamilton Masakadza, who was the country’s last captain in all formats before his retirement in September to take up the new role as ZC’s director of cricket.

“The role of captain is an honour and a responsibility which Sean and Chamu thoroughly deserve, both of them being exceptional players and great servants of our game over the years,” Masakadza said.

“I am delighted that they have accepted their new roles and I extend my congratulations to them and wish them all the best as they help to take Zimbabwe to the next level.”

Williams has played 179 international matches for Zimbabwe, while Chibhabha is equally experienced, having represented the country in 139 international games to his name.

Chibhabha’s appointment should however raise a few eyebrows as he has not featured for Zimbabwe in more than a year, having last played in a T20I against South Africa in October 2018.

“Congratulations to all the selectors. Their qualifications and experience speak for themselves,” Masakadza said.

“David is a respected former international who boasts massive playing and coaching experience, while he has also previously served as a national selector.

“Gavin has done exceptional work as a coach and national Under-19 selector since he retired from playing international cricket a few years ago and we are fortunate to draw from his heap of experience.

“Shepherd is a veteran coach who has earned the reputation of being a serial winner, dominating the domestic competitions with his Mountaineers side in recent seasons, and his appointment to the selection panel is well-deserved.

“Retaining Prosper on the panel will not only guarantee continuity but will also ensure that the game keeps benefitting from his massive knowledge of the game and experience.”

Walter Chawaguta, who was the convener of selectors since May 2018, will now move to Rhinos as head coach, where he will be assisted by Stanley Chioza.

In the only other change to the national team technical set-up, Travor Wambe has returned to take over from Anesu Mupotaringa as physiotherapist.

Zimbabwe is set for a busy international season in 2020 in which they will host Sri Lanka later this month before also hosting Ireland (April), India (August-September) and Netherlands (September) this year.

The Chevrons are scheduled to travel to Bangladesh, Australia and Sri Lanka.