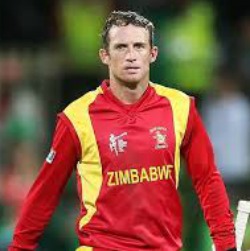 SEAN Williams scored a maiden test century in vain as New Zealand clinched a comprehensive innings and 117-run victory over hosts Zimbabwe on day four of the first test on Sunday.
Williams, who was battling flu, scored the quickest test ton by a Zimbabwean off 106 balls before becoming the ninth man out for 119 having smashed 21 fours.
Zimbabwe were dismissed shortly before tea in their second innings for 295, with seamer Trent Boult the pick of the visiting bowlers as he picked up 4-52 on a flat batting track.
“The fight was excellent. After the first innings, I thought we were soft,” Zimbabwe captain Graeme Cremer said at the post-match presentation, before highlighting his teams troubles in the test. “We probably have 10 guys sick in the change room.”
Zimbabwe faced a mammoth task to make New Zealand bat again having been skittled for 164 in their first innings and allowing the tourists to amass 576 for six declared in reply.
New Zealand would have had thoughts of a quick finish on the fourth morning as Zimbabwe resumed on 121 for five, especially when Craig Ervine (50) was out in the second over soon after bringing up his maiden test half-century.
But a magnificent 118-run seventh-wicket stand between Williams and Cremer (33) took the home side past lunch before the latter was trapped lbw by Ish Sodhi.
Regis Chakabva (11), who missed the second and third days’ play with a virus, hung around for 41 balls before he was bowled by Tim Southee.
A visibly wilting Williams then holed out to deep mid-wicket off Mitchell Santner after scoring 119 off 148 balls.
The win was complete when Neil Wagner, who finished with match figures of 8-103, had Donald Tiripano (14) caught by wicketkeeper BJ Watling.
“The first innings bowling effort after the toss was outstanding, and it put us ahead in the game,” New Zealand captain Kane Williamson said.
“To get the score we did and put Zimbabwe under pressure was outstanding. We’re looking forward to the next match.
Zimbabwe continued their dismal record against New Zealanders and are now winless in 16 meetings, this being their 10th loss.
The second and final test starts on Saturday at the same venue. Advertisement