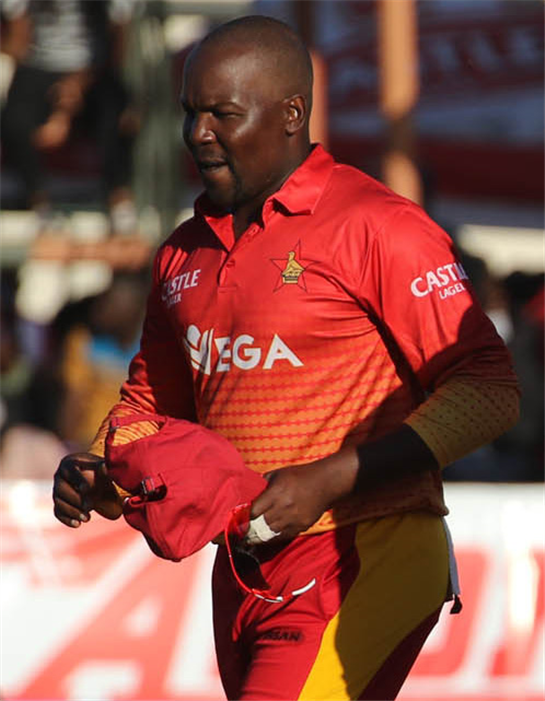 Zimbabwe – 147 for 7 in 20 overs (Sean Williams 53, Elton Chigumbura 20; Mark Watt 2/21, Alasdair Evans 2/30, Satyaan Sharif 2/31)
Scotland – 136 all out in 19.4 overs (Richie Berrington 36, Preston Mommsen 31; Wellington Masakadza 4/28, Donald Tiripano 2/20, Tendai Chatara 2/24)
Zimbabwe won by 11 runs.
A STARRING performance with the bat by Sean Williams and another with the ball by Wellington Masakadza helped Zimbabwe to beat Scotland in their second qualifier of the 2016 ICC World Twenty20 tournament in India on Thursday.
After Zimbabwe won the toss and chose to bat at the Vidarbha Cricket Association (VCA) Stadium in Jamtha, Nagpur, Williams top-scored with 53 runs off 36 balls, six of them fours. His fifty, which was crafted from 31 balls, was the third of his Twenty20 International career.
Elton Chigumbura contributed 20 while Richmond Mutumbami chipped in with 19 on Zimbabwe’s way to finishing with 147 runs for seven wickets in their allotted 20 overs.
And then it needed excellent work with the ball and fielding.
Among the star fielders was Sikandar Raza Butt who topped it all with a diving catch from the top drawer at short cover, to dismiss Kyle Coetzer (three) – the second Scotland wicket to fall in an innings that seemed short-lived after five wickets had fallen for 42 runs by the eighth over.
But captain Preston Mommsen dug in with fellow South Africa-born batsman Richie Berrington for a 51-run partnership, the highest of the match, that was ended by the young Masakadza who had Mommsen caught by substitute fielder Chamunorwa Chibhabha for 31. The score then was six for 93 in 14.2 overs.
Earlier, Zimbabwe themselves had been 67 for four in 10.3 overs. Williams then partnered Waller (13) to push the total to 105 by the time the latter fell to the third ball of the 15th over which Michael Leask caught off Mark Watt.
Scotland would be dismissed for 136 runs, with Donald Tiripano claiming his second wicket of the match, his fourth of the qualifiers and Scotland’s last of the day when he bowled Alasdair Evans for a duck.
Chatara also finished with two wickets but for 24 runs and in three overs, on a day that the young Masakadza was the pick of the Zimbabwe bowlers with his four for 28 in four overs.Advertisement

“It was a good opportunity and I was looking to do well. But obviously you will come out there trying to do well but you won’t be expecting to take four wickets in four overs which came out well today,” said Wellington Masakadza after being presented with the player of the match award.
Zimbabwe will be happy with their second win in as many matches of the ICC World Twenty20 first-round Group B.
However, they will be worried that a jinx continues to follow them.
After losing three players to injury during the preparatory matches in the United Arab Emirates last month, Zimbabwe had Tendai Chatara operated on for a boil on Wednesday.
Then during the match on Thursday, with the fast bowler braving post-surgical pain, openers Hamilton Masakadza and Vusumuzi Sibanda collided while trying to snatch a single in the fourth over, and the latter had to have four stitches for an injury caused by the impact of Masakadza’s helmet on his chin.
Zimbabwe will play their third and final qualifier against Afghanistan on Saturday – also at the VCA Stadium.
If they win their qualifying pool, they will join England, South Africa, defending champions Sri Lanka and the West Indies in Group 1 of the ICC World Twenty20 tournament’s Super 10 stage.
The winner of qualifying Group A which has Bangladesh, Ireland, the Netherlands and Oman will join Australia, India, Pakistan and New Zealand in Group 2 of the Super 10 stage.