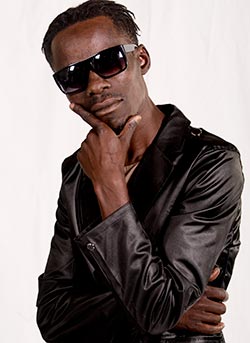 WILLOM Tight is set to collaborate with South Africa’s Uhuru, one of the continent’s finest and producers, Shamiso Music and Entertainment have revealed.
Tight is set to work with Uhuru on three songs from his latest album, Manifesto.
Shamiso Entertainment said although the album has since been completed they had decided to utilise the services and experience of Uhuru to help diversity the sound and appeal of the project.
The single and video for “Ndewangu Ndoni Yamanzi” featuring SPEEDY of Bongo Muffin is also set to feature of on MTV Base, Channel O and Trace and other international satellite music channels.
Uhuru, which started as a collaboration between producers Maphorisa and Clap, soon grew into a union of like-minds when they joined forces with percussionist Xelimpilo and pianist MaPiano.
Their sounds were initially confided to the walls of a humble miniature studio. But in time and through the initial signing of Maphorisa to Oskido’s Kalawa Jazzme label, the group soon found their name becoming a household brand and their tracks top of the local charts.
Although Uhuru has existed for over six years, their name is most synonymous with their hit remix of Letta Mbuli’s Not Yet Uhuru.
Remixes aren’t their only hustle however. Uhuru’s musical hand can be found as the guiding force behind colossal hits like Professor’s Jezebel, DJ Zinhle’s My Name Is and most recently, Mafikizolo’s Khona.
The group has also quickly become hot property in Mozambique and Angola, which has seen them working with the award winning Lizha James and DJ Malvado, the Atchu Tchutcha hit-maker.
Their greatest accolade for 2013, however, will be spear-heading a breakthrough in the Nigerian market by a South African artist.
Prior to their collaboration with Mafikizolo on Khona and Happiness featuring May D, attempts to penetrate the largely patriotic Naija music scene had been futile.
Now, however, not only are Uhuru productions sharing the airwaves with the likes of D’Banj and 2Face in the streets of Lagos, but their endeavours have allowed other South African artists to be warmly welcomed into an industry that once only reserved for foreign musicians from Europe and America.
A testament to just how far their efforts have gone is the fact that Khona alone has garnered close to one million views on YouTube, an achievement that is almost unheard of by South African artists.Advertisement

“The album is crazy! It featured Professor, Oskido, Bongo Muffin and more as well as some up and coming artists,” they said.