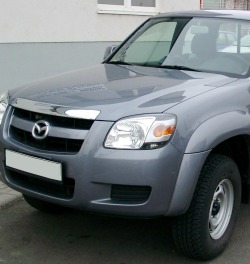 PRODUCTION at Willowvale Mazda Motor Industries (WMMI) has now been on hold for the 12th consecutive month as employee payment issues continue to stifle operations at the Harare firm.
The company, owned by the government, has amassed a massive $1.5 million debt, mostly owning it to its parent company, Mazda Japan.
There are several reports of workers receiving only half their salaries, but WMMI say they have not breached any contracts or agreements.
WMMI troubles continue to worsen amid reports the government recently spent $20 million importing top class new vehicles for t ministers and their deputies.
Reports claim that the government is also planning to invest another $10 million in new vehicles for their Members of Parliament.
Workers at the factory, talking only anonymously, claim that the company has only paid half wages to more than 200 of them.
There are also rumours among the employees that the company intends to remove the workers from the pay roll and put them on basic US$100 allowance – a move that would likely violate the Labour Act.
However, WMMI financial director, Charles Gobvu, said that to his knowledge every worker received full salaries, with only the latest September payment still due.
The company hoping that production will restart as soon, but in the meantime the factory – and thereby the workers – will try to survive by selling its rolling stock of cars.Advertisement