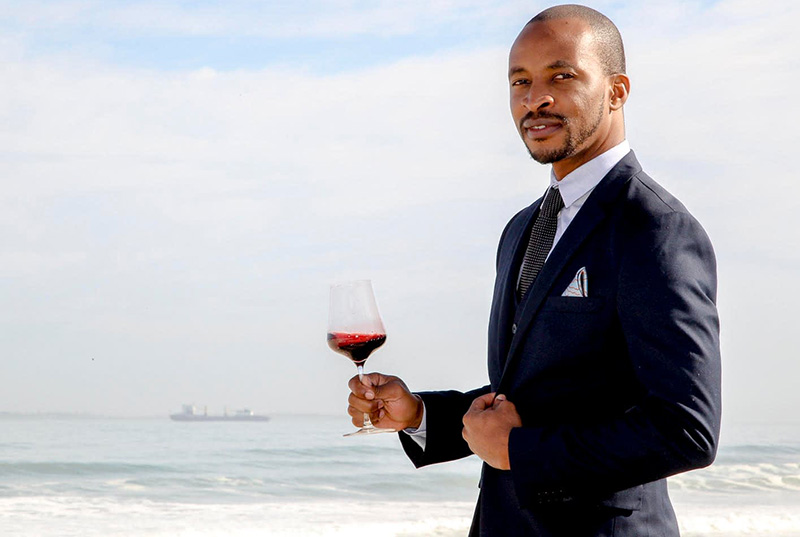 FROM the outside, the world of wine tasting can seem exclusive and inaccessible. Pretentious even.

Expert sommelier Tinashe Nyamudoka, who had almost no knowledge of wine when he moved from Zimbabwe to South Africa in 2008, flips that notion on its head.

Upon arriving in Cape Town, he began working in a restaurant. It was there he tasted wine for the first time and learnt about the existence of the wine industry.

Fast-forward 10 years and Mr Nyamudoka was competing among the best international palates at the world wine tasting championships.

He found his own path to wine appreciation and today he wants more people to be able to connect with wine too.

“There are a lot of people in the world who don’t come from a wine culture, but wine is being drunk everywhere. But people are still drinking it in a pretentious way,” he tells ABC RN’s The Drawing Room.

Real wine culture, he argues, acknowledges that “no matter whether it’s in South Africa [or] it’s in Burgundy, France, [wine] has got a history to it. It’s got people. It’s got a place”.

Mr Nyamudoka grew up in Harare, Zimbabwe’s capital city, but spent his holidays in the country on the eastern side of Zimbabwe, at his grandfather’s farm.

“I’ve got really fond memories of that [time],” he says.

In many ways it was an idyllic upbringing, but when Mr Nyamudoka reached his early 20s, Zimbabwe entered a period of extraordinary high inflation.

“I was working in a supermarket back then and I saw first-hand the empty shelves and that nothing was coming. So you had money in your pocket, but you didn’t have anything to buy with it,” he says.

“It was really a difficult moment at that time. A lot of people were suffering.”

In 2008, he moved to South Africa seeking better prospects and began working back-of-house in a restaurant.

Mr Nyamudoka joined a training program for people who’d never worked in the hospitality industry. Here he started to learn about wine, something initially he found “very intimidating”.

“I was really learning quite a lot but the challenge was understanding this [taste] is gooseberries [or] this is blackcurrants — because I’d never eaten a gooseberry or blackcurrant,” he says.

To learn how to find those associations in wine, Mr Nyamudoka would head to the supermarket in his spare time. In the vegetable section, he’d smell the black peppers, plums and blackberries, “just to familiarise myself with them”.

“I was learning these cultures but all of them were foreign. I couldn’t speak about wine in my local language … and I felt I wasn’t the only one.”

Mr Nyamudoka wasn’t the only one. He joined forces with three other Zimbabweans living in South Africa who were also becoming wine experts.

Together they formed the first team to compete for Zimbabwe in the World Wine Tasting Championships, in Europe in 2017. Their journey is the subject of a new film, Blind Ambition.

“The adrenaline is running. You’re anticipating which wines they’re going to pour for you,” he says.

Over 12 glasses, with seven minutes per glass, the men had to determine the type of wine, the country, the region, the year and even the vineyard that the wine came from.

The first year they finished second from last, but they re-entered the next year and fared much better, finishing 14th of 23 competing countries.

“It was just one of the best experiences I’ve ever had,” Mr Nyamudoka says.

Wine that evokes ‘a sense of being yourself’

Now he creates his own wines in South Africa and hopes to return to Zimbabwe one day to plant his vineyard in his grandfather’s land.

He’s divided his wines into three kinds: one that is easy to drink, “where people don’t have to think twice about blueberries and blackberries”; one that experiments with new varietals; and one that is “unapologetically … thought-provoking, that I put a bit of emotion into”.

That emotion has helped him answer something he’d always wondered about wine.

The French term terroir, meaning “sense of place”, is used to describe wine that tastes of the place where it was made.

“But what if you’ve never been there?,” Mr Nyamudoka says.

“That was always my question. I’d never travelled the winelands of the world.”

He learnt from reading the work of sommelier Jonathan Nossiter that terroir might also be used to describe where the wine is taking you or the memories the wine is giving you.

This resonated strongly with Mr Nyamudoka. He says he’s transported to the fruits, mushrooms and mountains of “back home … with my grandfather” at the smell of his own wine.

“So I always feel terroir should be one of practical places — where the wine is being grown and the people, [but] also those memories that evoke a sense of being yourself.”