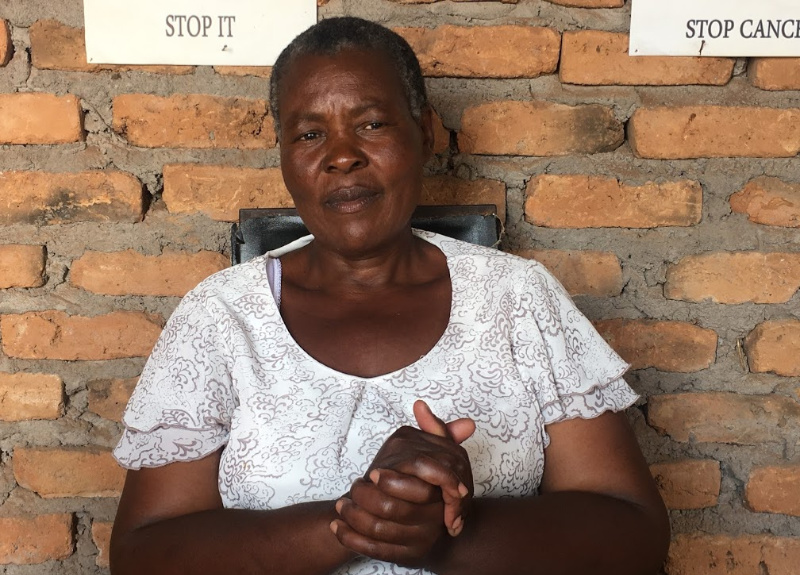 All medicines are from God...says Johanne Masowe member after healing from herbs
Spread This News

FRIENDS and relatives shunned her as they could hardly put up with the odour produced by a wound on her backside.

During the difficult time, Senzeni Nelson (60), a member of Johanne Masowe eChishanu sect, used to be a regular visitor to Parirenyatwa Hospital. She made the health induced visits at least twice a month.

To illustrate her desperation, she had to go against her religious beliefs which discourage clinical treatment and traditional solutions to health problems.

Seventeen years on, her troubles are almost over, thanks to the works of one Never Chirimo, who has administered cancer healing herbs on her.

“I used to go to the hospital and they would say it was a boil; as far back as 1999,” says Nelson, a resident of Harare’s Kuwadzana high density suburb.

She continues with a visibly happy expression on her face, “In 2007, I went to Parirenyatwa Hospital and a doctor openly said to me that it was not a boil but cancer and that I should go and try traditional medicine; the hospital was wasting my time and waiting for me to die.

“I was both shocked and surprised when the doctor said he was officially discharging me and discouraging me from visiting the hospital again.

“I took the advice, but this was again in conflict with my religion.”

Nelson says she went into serious prayer with help from some of her church mates with no change to her health troubles.

She later approached her church elders to broach the taboo idea of trying traditional medicine.

They gave him their blessings but, outside the knowledge of fellow congregants.

Pain and anguish worsened each time she remembered her late aunt dying from breast cancer.

But after doing the unthinkable, according to her church ethos, Never Chirimo and his traditional medicine have performed magic on her as she has been restored to good health.

Her church mates still do not know how she survived through taking traditional medicine and still believe their prayers made all the difference.

If they knew, she would have a difficult time dealing with stigma and scorn within the church, which believes in holy water as an all-round medicine.

“I am not sure how they will react when they eventually hear that I have been taking traditional medicine,” says Nelson.

“Anyway, I am happy the church elders gave me the moral and spiritual support.”

She says of traditional medicine, “All medicines are from God.”

Her last wish is to meet the doctor who referred her to those administering traditional herbs.

“I may never meet him again, but God must protect him and bless him.”