Is Ole Gunnar Solskjaer the right man to lead Manchester United back to their former glories? Well, the stats do not exactly do him any favours…

For the first time since the inaugural 1992/93 Premier League campaign, the Red Devils have failed to reach 40 points after 24 games – making it their worst season ever so far.

Defeat to table-topping rivals Liverpool at the weekend was compounded on Wednesday night as Burnley secured a first victory at Old Trafford since 1962.

Solskjaer’s win record is now worse than any United manager in recent history and he has lost more league games that he has won.

The vast majority of United supporters were on their feet when chants of ‘stand up if you hate Glazers’ echoed around Old Trafford during the defeat to Burnley, while the club’s executive vice-chairman Ed Woodward also copped flak.

As it stands, United are fifth in the table and have just 34 points – a whopping 30 behind leaders Liverpool and the same amount as Wolves in seventh place.

It is the first time United have had under 40 points at this stage of a Premier League season.

The Red Devils next take on Wolves on Saturday at home, before travelling to Stamford Bridge to face Chelsea. 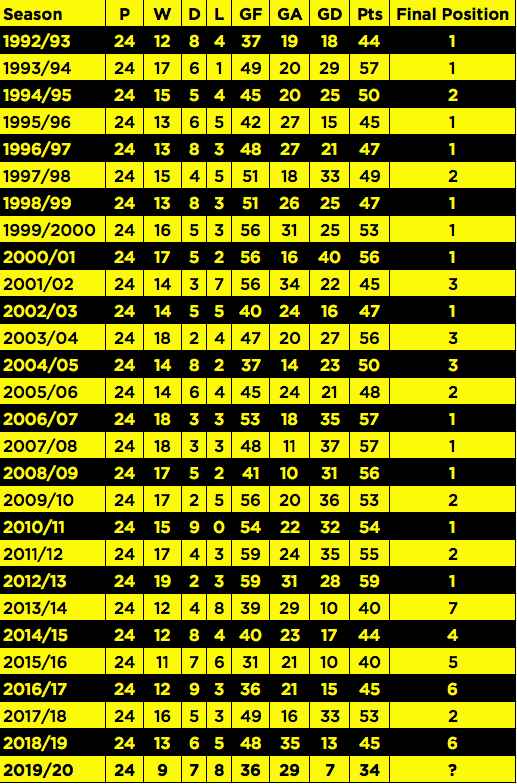