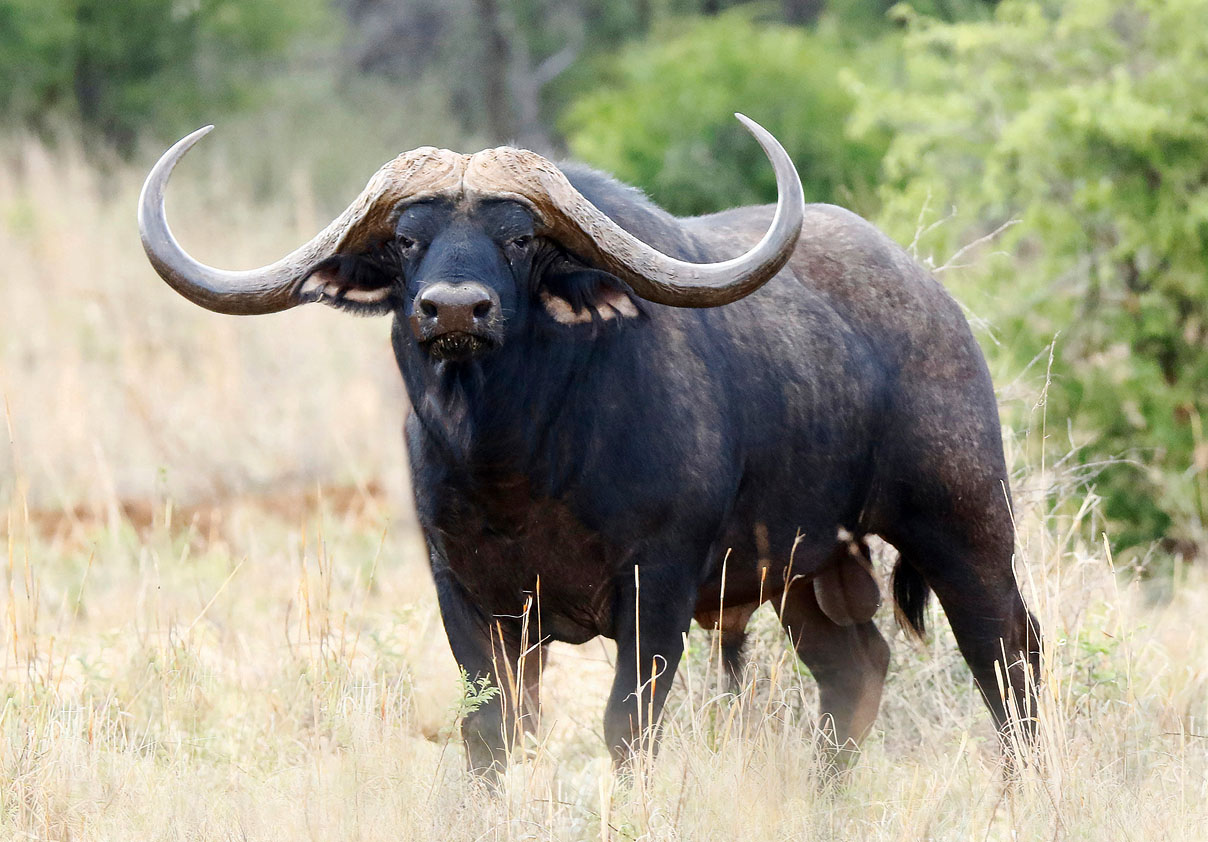 Spread This News
By James Muonwa, Mashonaland West Correspondent
A 29-year-old Kariba woman, Kerry Murimbika is lucky to be alive following a gruesome buffalo attack on Sunday morning.
She sustained serious injuries on the upper leg in an incident confirming need for authorities to curb the high prevalence of human-wildlife conflicts in the resort town.
Speaking to NewZimbabwe.com Tuesday from her hospital bed at Kariba District Hospital, Murimbika said what saved her was faking her own death after the beast knocked her to the ground.
Narrated Murimbika: “I had gone to collect some manure at the municipality sewer treatment ponds at around 10am. The buffalo was in the thicket that l did not spot it. As l passed through, it charged from behind, forked me with its horns on the left thigh and l flew into the air, before thudding to the ground.”
“At this stage, l had not realised what had hit me. The moment l saw the buffalo, l lay motionless for a few minutes so the animal would think it had killed me. Luckily, it walked away without inflicting any further harm. As the buffalo went away, l noticed it had a bad wound,” She said.
Murimbika sustained a pierced left thigh after the beast’s horns protruded through her tissue.
She, however, managed to get to her feet, before calling some fishermen returning from Lake Kariba, who then rendered assistance to ferry her to hospital.
Murimbika told NewZimbabwe.com she was in excruciating pain after sustaining a perforated thigh and spinal discomfort.
Zimbabwe National Parks and Wildlife Management Authority (ZimParks) spokesperson, Tinashe Farawo has acknowledged the rise in human-wildlife conflict cases in the country, saying over 30 people had been killed so far this year, in various incidences across Zimbabwe.
Farawo said some areas were overpopulated by game and there was need for translocation of wildlife inorder to curb human-wildlife conflict cases and protect biodiversity.
Conflict cases, particularly involving elephants and lions, are prevalent in Kariba prompting the World Wide Fund on Nature (WWF) to embark on buffer community education programmes, capacitating rapid response teams and advocating preservation of wildlife corridors.
WWF says land use planning and management should emphasise on avoiding settlement expansion of towns into wildlife corridors.