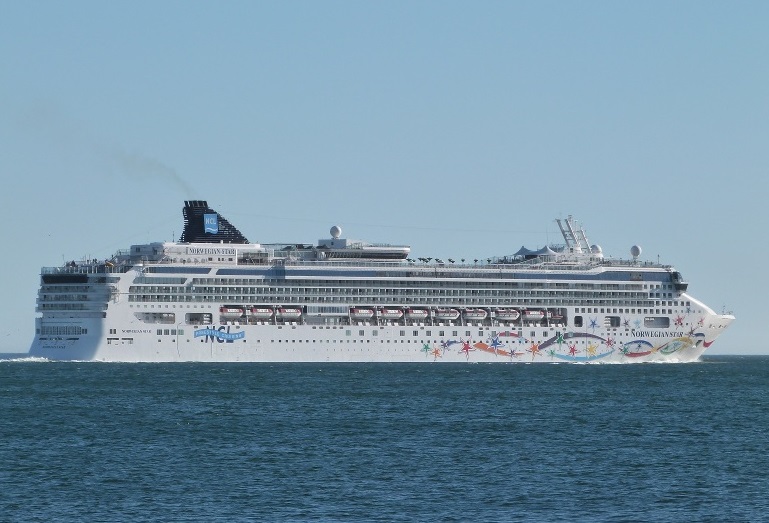 A British woman has survived after falling from a cruise ship off the coast of Croatia, the Foreign Office has said.

The country’s coastguard said she was rescued 10 hours after falling into the Adriatic Sea – 60 miles off the coast – at around midnight on Saturday.

The 46-year-old, who had been on the Norwegian Star cruise ship, was taken to hospital in the town of Pula.

She told reporters she fell off the back and was “very lucky to be alive”.

Speaking after stepping off the coastguard vessel, she added: “I was in the water for 10 hours, so these wonderful guys rescued me.”

She was then taken to hospital in an ambulance.

The rescue ship’s captain, Lovro Oreskovic, said she was found on Sunday “exhausted”, adding: “We were extremely happy for saving a human life.”

A statement from Norwegian Cruise Line confirmed that a guest had gone overboard while the ship was on its way to Venice.

It said: “We are pleased to advise that the guest was found alive, is currently in stable condition, and has been taken ashore in Croatia for further treatment.

“We are very happy that the individual, who is a UK resident, is now safe and will soon be reunited with friends and family.”