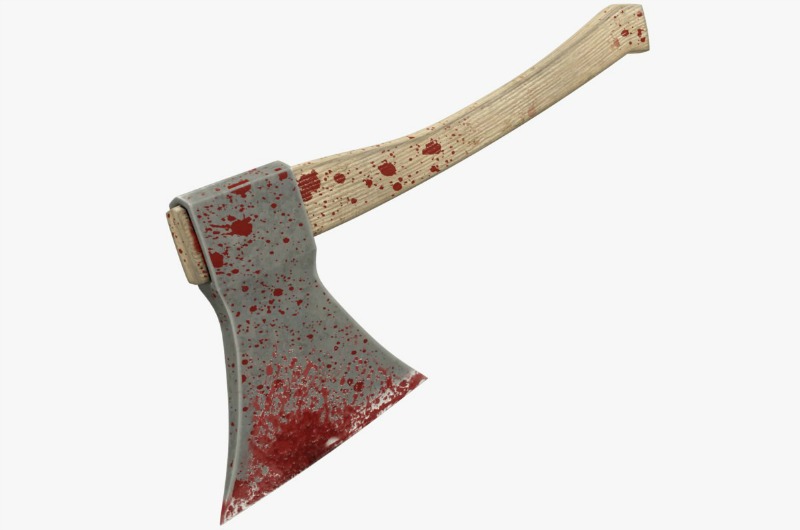 A WOMAN has been found dead with an axe lodged on her head in a suspected crime of passion.

Indications are that she could have been raped before being murdered.

The killer left a note hinting the reasons for the gory murder as that of revenge on an ex-girlfriend.

The deceased has been identified as Nelia Maringe (age not given) of Grasslands Research Station, Marondera.

According to a leaked internal police memorandum seen by NewZimbabwe.com, the incident happened on February 8, 2022, at around 1130 hours.

Charles Mazorodze (55) who is also an inhabitant of Grasslands farm discovered the body lying facing downwards in a gum tree plantation with an axe stuck on the left side of the head.

The previous day at around mid-morning, Maringe had told her neighbour, Rutendo Machapa (26) that she was going for prayers, and thereafter fetch firewood in the nearby bush.

“On the 8th day of February 2022 at around 1150 hours the informant who was fetching firewood at the same bush saw the now deceased body lying facing downwards with an axe stuck on the left ear,” it reads.

The informant made a report to Marondera Rural police who attended the scene together with CID Marondera officers, who observed the body was half naked with a black top on, white braa on, the lower part was undressed with white pants and black skin-tight dropped to knee level, black and white skirt was pulled up to the waist.

The deceased’s black pair of shoes were hanged on both ends of the axe.

The killer left a note on the cover of a counter book written: “Officers from CID Homicide; read the whole of Proverbs 6  mutsiure vakadzi vanohura vari pamurume bye Maringo from Maisiri paWedza.”

He also placed the woman’s Bible on her buttocks along with the counter book.

Also, a handwritten note was found on the woman’s buttocks inscribed: “To husband mark of the beast after maths of chihure, wakandirambirei this is just not manslaughter but a violent, brutal and toxic expression of love if not passion by ex-killer Maisiri paWedza.”

The corpse had fresh bruises on the right hip and struggle marks were seen at about six meters away.

A bunch of firewood and bailing twine were found nearby.

The body was conveyed to Marondera Provincial Hospital awaiting rape testing and postmortem.

The case is being investigated under ZRP Marondera Rural RRB number 4952665.

Police appealed to members of the public to desist from visiting secluded areas alone.