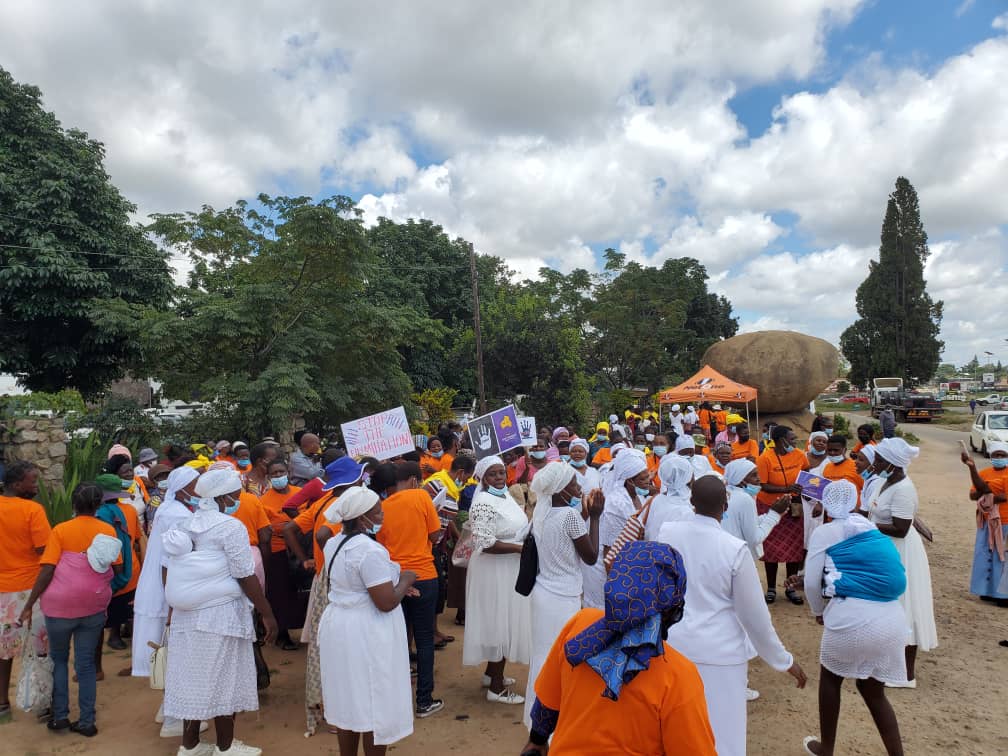 MORE than 100 women converged in Msasa, Harare on Thursday to march against injustice and in solidarity with all women who have been victims of gender bias, gender based violence that include verbal, physical or emotional at the hands of men in celebrating International Women’s month.

The International Women’s Month theme for this year is: Advocating for gender equality today for a sustainable tomorrow for all.

Speaking at the march, the event organizer Elizabeth Mucheche said several women are suffering at the hands of men and those who lead them.

She said as women they will only salute all men who respect the rights of the girl child and of women in general.

“We salute all men who respect the rights of the girl child, and of women in general. We want men of integrity to lead us. Man who value and respect women and families,” Mucheche said.

“We also challenge perpetrators of gender bias and gender based violence to reform and to play a part in building an equal opportunities and gender violence free society for all.”

Mucheche said in the matters before the courts against women justice must be epedited because justice delayed is justice denied.

“…because justice delayed is justice denied, we commend Zimbabwe’s  formal justice system for strides made in dealing transparently and decisively with  sexual and gender based violence cases against women in Zimbabwe, including rape, physical abuse, verbal abuse and emotional abuse, to mention a few,” she said.

Chipo Chikuni of Guta raMwari church said women continue to suffer from discrimination around the world despite significant progress towards gender equality under the UN Millennium Development Goals.

“Women and girls continue to suffer from discrimination around the world, despite significant progress towards gender equality under the UN Millennium Development Goals,” Chikuni said.

“We have seen that giving women more active roles in society improves their lives as well as the community as a whole.”

The marching groups were carrying placards denouncing gender based violence, and some placards were denouncing CCC vice president Tendai Biti, whom they accused of being violent against women.

Biti is facing assault against a Russian national and the case is still pending at the courts.

He had also been in the media for gender violence against his estranged wife he has since divorced.