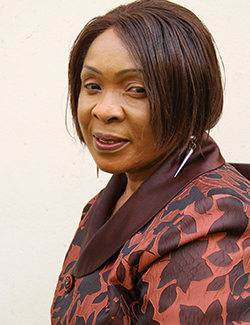 HARARE: Women Affairs Minister Nyasha Chikwinya has told Parliament that the Women’s Bank will be officially launched on March 5, nearly a decade after it was first mooted..
Chikwinya was asked in the National Assembly by MDC-T legislator Thokozani Khupe to explain when the bank, which is supposed to capitalise women’s projects will be launched. Officials estimated that 78 pecent of people out of 5,4 million Zimbabweans in the informal sector are women.
The bank has been on the cards for almost a decade but money has not been availed to capitalise it.
Finance Minister Patrick Chinamasa said in his 2017 national budget statement that $10 million will be availed to capitalise the bank.
“We have now set up a board for the Women’s Bank, and also appointed an acting chief executive officer. $10 million has been advanced to start operations of the bank. We now have banking halls and are training staff to man the banking halls,” Chikwinya said on Wednesday..
“We hope that on International Family Day on March 5, 2017 we should be launching the bank.”
MPs however raised concern that the staff already recruited might have been done so in a nepotistic manner since the posts at the bank were not advertised.
“How do you begin to train people for the jobs at the Women’s Bank without advertising the posts?” Harare Central MP Murisi Zwidzai asked.
Chikwinya denied nepotism saying the acting CEO is an interim position and that the position is yet to be advertised.Advertisement