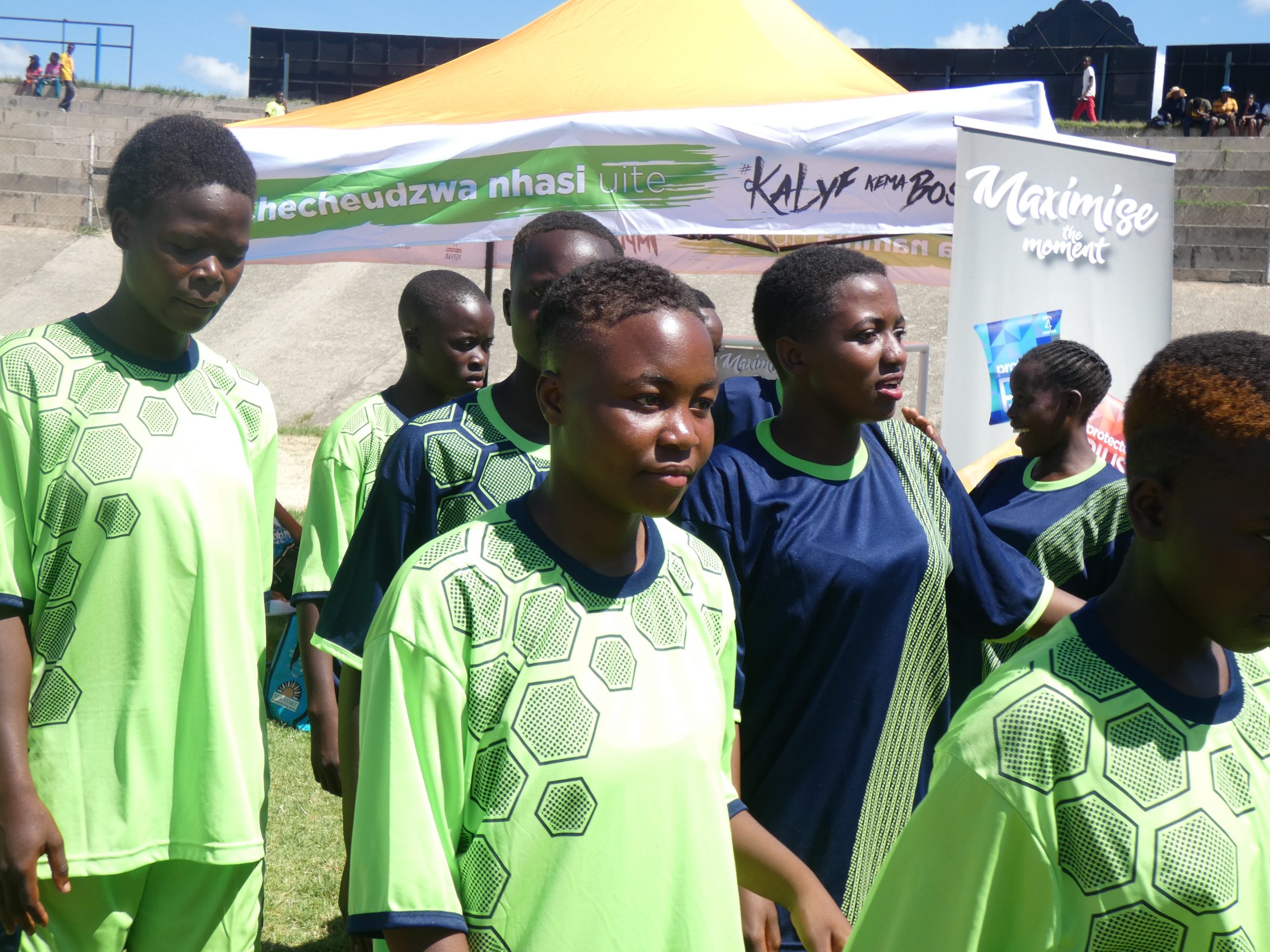 Raring to go but now grounded… Faith Drive Queens walk into Sakubva Stadium for the final of the annual Mai Hondo Girls Soccer Tournament last year. They went on to win the tournament, but 2020 has been a difficult year.
Spread This News

Mutare: While much attention is focused on how COVID-9 has wreaked havoc in men’s football, few are paying attention to the worst affected league: women’s football. In Manicaland province, a coach fears for the future of the club, and his players.

In January, Faith Drive Queens, one of the country’s most competitive women’s football clubs, had their ambitions all set out for this year.

The club had reason to dream big. They have been part of the women’s football elite league for the past nine years – the longest for any team outside Harare and Bulawayo. They are regular winners of the provincial flagship Mai Hondo Soccer Tournament and have produced several players for the national team, the Mighty Warriors.

“We have conquered Manicaland, so we thought 2020 is our year to win some national silverware,” said Admire Mahachi, the team coach.

Seven months on, the dream is up in smoke, as the outbreak of coronavirus takes a devastating toll on women’s football.

“We last had our training session on 17 March before the lockdown. I should be barking instructions to the players but that can’t happen now,” said Mahachi.

The best that the club can now hope for is to retain the majority of the squad in good shape “whenever” the league resumes.

“My major fear is that these girls will lose focus during their home stay, especially that they will be unoccupied. Due to peer pressure some could end up indulging in drug abuse, which has been the greatest enemy I have been fighting for years,” said Mahachi.

While the world is fixated on men’s football, many hardly give a thought about the dire effects of the outbreak of coronavirus on women’s football. Dozens of young girls, many who had turned professional, are wallowing in poverty, with no means of feeding themselves- never mind keeping fit.

FifPro, the global representative body for professional football players, said the absence of basic worker protections and worker’s rights “leaves female players vulnerable – in the current crisis and beyond.”

“While these standards are applicable for all players, they are particularly relevant for women’s football due to the current crisis,” said FifPro in a position paper on the implications of COVID-19 on women’s football.

In Zimbabwe, women’s football was already struggling financially before the virus outbreak.

“Coronavirus just worsened an already bad situation. Gils are more vulnerable than boys because, other than food, they have other expenses such as sanitary wear so they need more support. Unfortunately, none is coming at the moment,” said Mahachi.

He now fears that many players may not be able to make a comeback when the league resumes.

“I have worked as a female team coach for more than 10 years and I have seen careers going down the drain when players went for the off-season break. Due to peer pressure, some even end ended up abusing drugs, some fell pregnant and eloped and these are always breaks of less than 2 months,” he said.

The club is relying on online methods to keep players in shape.

“We are using Whatsapp. I send them workouts they can do at home to keep fit. I also give them motivational messages,” he said. 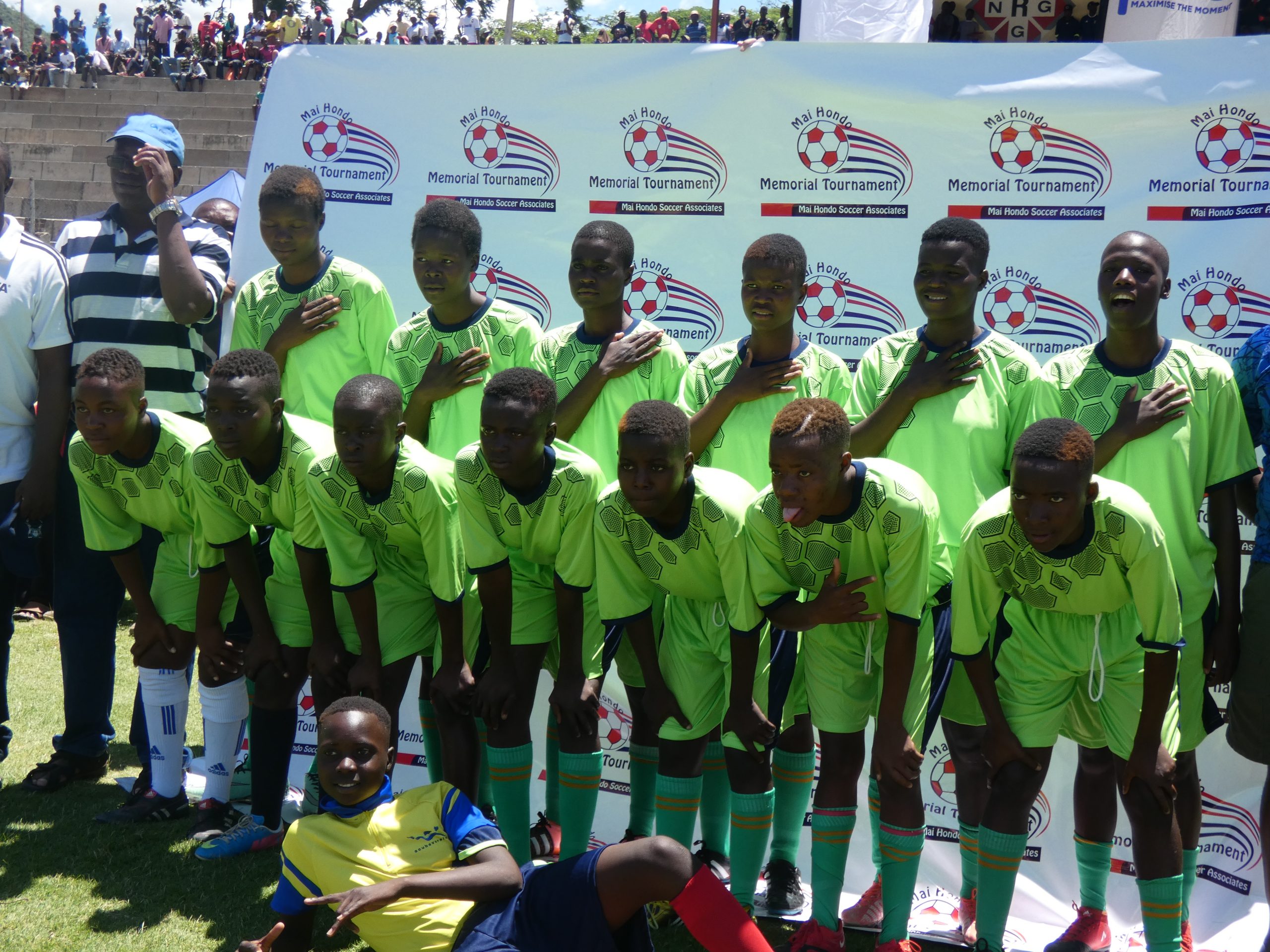 Faith Drive Queens line up in Sakubva Stadium before going on to win the Mai Hondo Girls Soccer Tournament in Manicaland province in 2019.

However, the effectiveness of such a training regime is limited in a country battling a crippling economic crisis and where many people have limited access to online platforms.

“Some of my players are from the rural areas, that’s where I scouted them and they are currently back in their respective homes. Accessing these online platforms is an expense they are failing to meet,” he said.