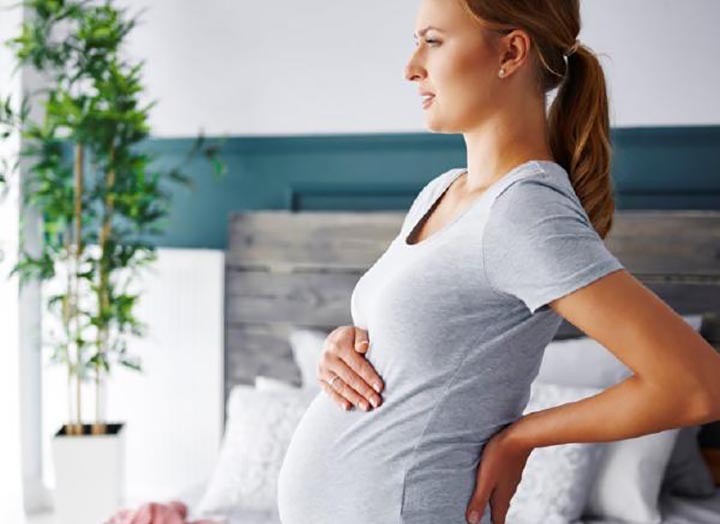 New Delhi: Backache is often considered an ‘old’ person’s disease, with the younger population ignoring the importance of exercise and good posture. Unfortunately, increasing trends of back pain are being reported among the young people. Young mothers are especially susceptible to this common health issue, however, many assume it to be a part of pregnancy. Low back pain is seen in over 50% of women at some point during the pregnancy. Yet, it is said that an alarming rate of over 20% of women continues to suffer from this at one-year post pregnancy.

Caring for an infant after delivery can stress on your back. Similarly, lifting and carrying your baby on a daily basis can be especially hard on your spine. All these can make things worse, especially for women who had back pain problems prior to getting pregnant. Dr Shumayou Dutta MBBS, MS Ortho, FASSI Spine, Consultant Spine Surgeon, Neck & Spine clinic, Kolkata reveals some lesser known causes of a backache in young mothers

Following proper technique involved in breastfeeding is paramount to good spinal health for the mother. The mother should sit with the back supported. On her lap should be a feeding pillow. The baby should be laying on this pillow during the feeds. This ensures that the mother does not have to slouch down, which is a simple prevention technique for back pain.

Poor posture while picking up children

Pregnancy involves significant changes in the body that increase the stress on the lower back. After childbirth, attention is often directed at the child and not at the mother’s health requirements. The act of repeatedly bending to lift the baby further increases stress on the back which interferes with healing. Mothers should be mindful of the posture in which they lift their baby. The bending should be at the hips and knee and slouching from the back should be avoided. In other words squat and lift, not bend and lift.

Exercising with the wrong technique

According to Dr Shumayou Dutta, another issue leading to pain is rather a cultural one. Indians are culturally suggested to rest during pregnancy and not be active. This leads to significant muscle loss and weakness. Again, there exists a lot of controversy as to when can a mother start exercising after a normal delivery and a caesarean delivery. Doctors also don’t provide specific guidelines. Exercises need to be initiated just a few days after delivery. These may be simple 5 mins in bed exercises under the guidance of a back specialist. Once the mother regains her strength, the activity level needs to increase. Brisk walking, jogging, core exercises, lower back exercises, Zumba, pilates and gradually even weight training.

Poor nutrition does not mean inadequate nutrition. Poor nutrition entails making dietary choices that lead to nutritional deficiencies. While the quantity of food may be significant unless it’s nutritious and healthy it will not participate in rebuilding the body. Mothers are often made to believe that they need to consume huge quantities of food to provide milk. This is also not true. The recommended additional nutritional requirement for lactation is only 500 calories. Instead, calcium and other vitamin supplementation with a sound nutritional plan should prevent deficiencies and promote good health.

A never-ending part of our lives. But motherhood entails a whole new set of expectations. It is essential for new mothers to talk about their feelings, and for partners to step up and help out. “I see many young mothers having somatic complaints with no actual pathology behind. It is because their body is expressing the stress that their mind is feeling. They need counselling, patient listening and support from the family,” added Dr Shumayou Dutta.

This article is taken from TimesNowNews.com.