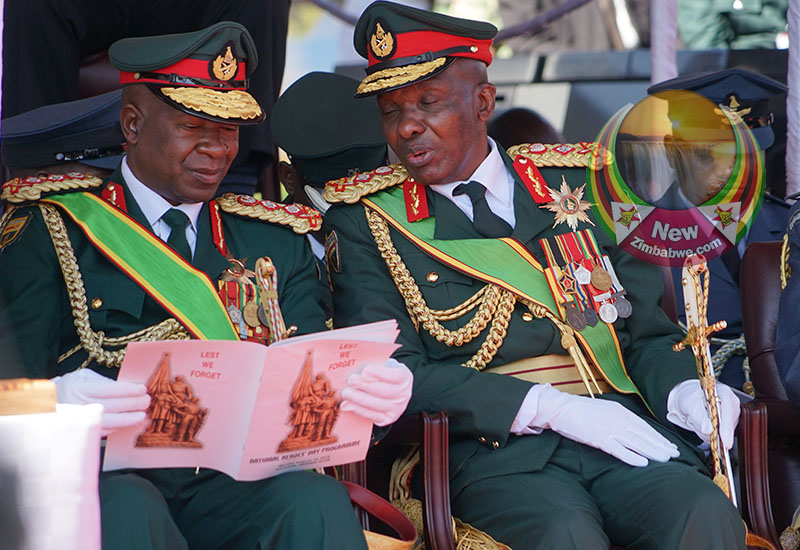 A United Methodist Church (UMC)-run educational and hospital institution, Nyadire Mission in Mutoko, has resolved to donate a nearby forest to the Zimbabwe National Army (ZNA) to curb rampant deforestation in the area.

Soldiers based at the Joko ZNA military barracks in Mutoko are expected to start using the donated forest for military training exercises.

This resolution is contained in recent minutes from the institution that NewZimbabwe.com has gleaned.

“The ‘forest portion’ of Nyadire Mission will be made available to the Zimbabwe National Army for military training exercises. The objective is to protect the trees from deforestation by the locals who are cutting down trees illegally for firewood,” part of the minutes read.

In Mutoko, the UMC runs a teacher training college, a boarding school, clinic and a hospital at Nyadire, housing thousands of students, staff and their families.

However, according to the minutes, the current crippling national power shortages are forcing residents at the institution to resort to the use of firewood from the nearby forest for cooking and other household purposes.

Meanwhile, officials at the Nyadire Mission Hospital are reportedly failing to purchase essential medical drugs after donated funds in foreign currency were converted to Zimbabwe dollars while drug suppliers are demanding foreign currency for payment.

“As most drug suppliers demand US$ for payment, Nyadire (Mission Hospital) was not able to effectively purchase drugs with funds previously provided to them which were converted to local currency.

The church authorities also noted that construction work at Munyarari Clinic, another UMC post under construction in the Mutoko area, had been halted until the current turbulent economic situation in the country had improved.

“Because of the shortage of the US$ throughout Zimbabwe, many materials are either not available or have extravagant prices,” it was noted.