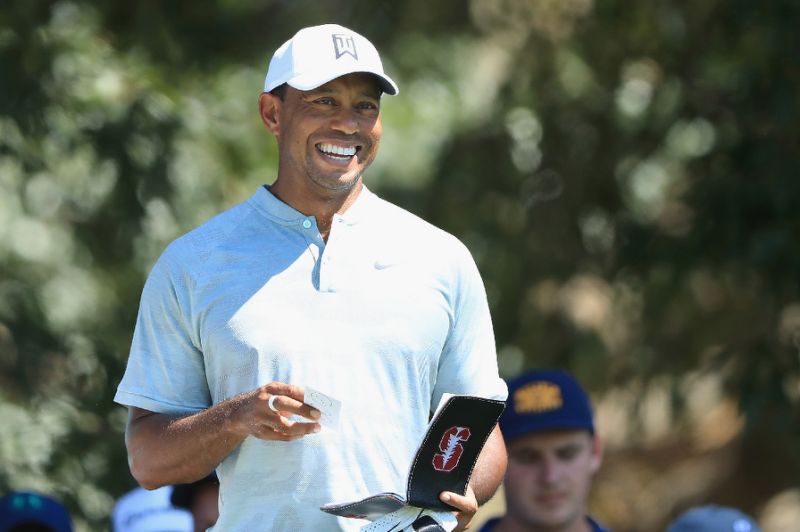 Tiger Woods edged closer to snapping a five-year winless drought as the 14-time major winner maintained a share of the lead on Friday at the halfway stage of the Tour Championship.

Woods birdied the final hole en route to a 68 to tie Justin Rose (67) at seven-under par 133 in heatwave conditions at the East Lake golf course in Atlanta.

Rory McIlroy, winner two years ago of both the FedEx Cup and Tour Championship, remains in the hunt in sole possession of third after shooting a 68.

“The best way to describe today is I ground out a round,” said Woods, a former two-time winner of the season-ending tournament.

“I wasn’t quite as sharp as I was yesterday, but I hung in there and tried to miss the ball on the correct sides so I had angles.

Woods had been two strokes clear of his rivals before stumbling to a double-bogey on 16.

But the World No. 21 recovered to shoot par on 17 and then sank a two-footer for birdie on 18 to tie his English rival Rose.

Woods’ last victory was in 2013 at the WGC-Bridgestone Invitational.

He began the round tied at the top with American compatriot Rickie Fowler but soon moved two clear of Fowler who bogeyed the first hole.

He then moved two strokes clear of the elite 30-player field on the back nine with birdies at the par-four 12th and par-four 14th. Woods received the loudest roar from his gallery by holing a 24-foot birdie putt on the par-three 15th.

On the next hole, Woods found himself staring at a near impossible greenside bunker shot. With no option but to chip out sideways he did that and then three-putted for a disappointing double-bogey six.

Woods isn’t taking anything for granted as he goes for his 80th Tour victory on the weekend.

“I’ve got 36 more holes to go, and hopefully I’ll be answering that question come Sunday night.”

Woods says staying calm under pressure will be key in order for him to shoot low scores over the next two rounds.

“I’ve been pretty good at being patient in my career,” he said.

“I’ve won 14 majors so in order to get ahead I’ve got to stay patient.”

Bryson DeChambeau’s dream of ending his season as PGA Tour No. 1 has turned into nightmare for the 25-year old who posted scores of 71 and 75 for a share of 27th place.

His second round was a sour mix of just two birdies and seven bogeys.

Triple major winner Brooks Koepka rounds out the field with an eight-over par 78 on Friday for a seven-over par 147 total.