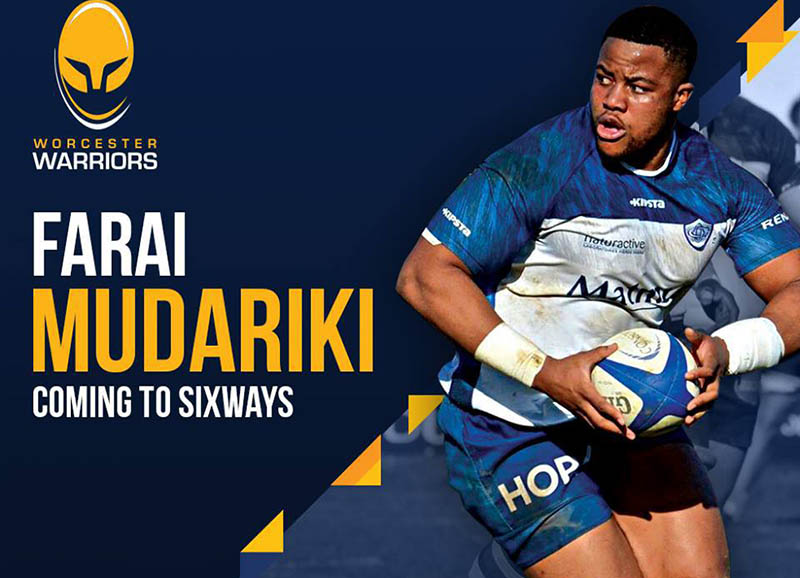 WORCESTER Warriors’ director of rugby Allan Solomons says he has been impressed by the tremendous work ethic of Zimbabwe international Farai Mudariki and believes the tighthead prop could be given a shot to show off his “explosive” power in the Gallagher Premiership this season.

Mudariki, whose older brother Hilton plays for English Championship side Jersey Reds, initially arrived at Sixways on the eve of the 2018-19 campaign after agreeing to move from French third-tier outfit Stado Tarbes Pyrenees.

The 24-year-old has played just two games for Warriors this term, both in the pool stages of the Premiership Cup, but still did enough to secure a new one-year contract in January.

Solomons said he wanted to use “this time wisely” to get Mudariki ready for Worcester Cavaliers’ three Premiership Shield fixtures next month.

But with six Gallagher Premiership games left in the season, Solomons admitted it was not out of question for the ex-Castres Olympique ace to break into his first-team plans.

“Farai is working like crazy at the moment,” Solomons told Worcester News. “He is practising with us and on a specific conditioning programme because he missed pre-season as he was playing Test rugby for Zimbabwe.

“He is doing terrifically and I am really impressed with him.”

Solomons was alerted on Mudariki by ex-Warriors lock James Percival who was working with the front rower at Tarbes.

“It’s not like Farai is in bad condition but we want to make him super fit and super prepared to play in his specific position,” Solomons continued.

“We are using this time wisely before the Premiership Shield games come up next month and he will be involved in those.

“That’s not to say he can’t get a shot in the Premiership — that can happen — but at the moment we are using this opportunity to prepare him.

“I think he has got potential. He is an explosive athlete, a good rugby player and this year he has been able to absorb what we do.”

The development of Mudariki is an exciting prospect for Solomons who will lose Gareth Milasinovich at the end of the season.

Simon Kerrod (26) is also understood to be out of contract this summer, another development which Solomons believes will see Mudariki being an integral member of the Warriors squad.

“Farai is working hard and will have a good season, that’s for sure, so we will have good cover at tighthead prop — I promise you that,” Solomons said.