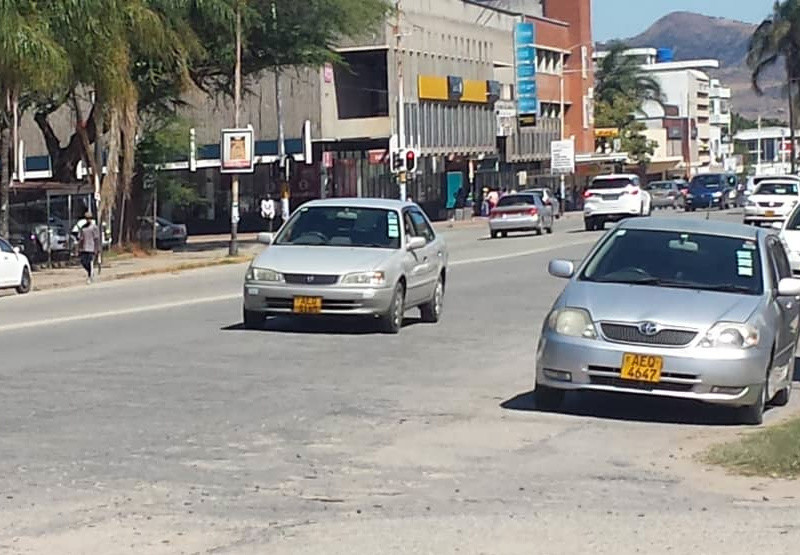 SCORES of commuters in Bulawayo were Monday forced to walk to the city centre due to an acute shortage of public transport with the few ZUPCO buses plying the city’s major routes overwhelmed by demand as most employees resumed going to work.

A lot of employees in the formal sector returned to work Monday after President Emmerson Mnangagwa Friday announced the lifting of the five-week lockdown on industry and commerce.

However, kombis are still not allowed to ferry any passengers leaving thousands of passengers stranded.

The public transport crisis has been worsened by the restricted number of passengers which ZUPCO buses are allowed to carry as part of social distancing.  Police mounted roadblocks along all major roads leading into the city where they were demanding travel authorisation documents as well as checking that every passenger has a face mask as required under the new regulations.

A NewZimbabwe.com news crew witnessed a large number of commuters working along the busy Luveve and Plumtree roads heading for the CBD.

“I arrived at the bus terminus around 6 am intending to board a bus to go to work. I waited for almost two hours before I decided to walk to town. Already, I am late for work and tired,” said Lillian Ndubiwa, a general hand at a local bank who had to walk for 15km into the CBD.

Ndubiwa urged the government to release more ZUPCO buses to cater for the large number of workers who have been allowed to return to work.

However, liquor selling outlets remained closed while the vegetable market which is usually a hive of activity was deserted with police and army officers patrolling the area.

In Mutare, NewZimbabwe.com Manicaland correspondent noted that there was an increase in vehicular and human traffic in the CBD.

There were visible queues at banks with depositors wearing face masks of all types ranging from bandanas to mutton cloths.

There were also sizeable crowds at Mutare Magistrates’ Courts and supermarkets with people restocking foodstuffs.

Although security checkpoints are still in place, vendors were also visible in street corners making brisk business in selling homemade face masks ranging from $40 to $50.

In Redcliff, Midlands province, most workers were left stranded as they could not report for work because only a few ZUPCO buses were available.

In Amaveni and Mbizo suburbs in Kwekwe Town, there was an improved transport service into the CBD.

In Kadoma, according to local MP Muchineripi Chinyanganya, Monday was business as usual as residents went about their business like during the days before the national lockdown.

The situation was the same in Chinhoyi with the mayor, Dyke Makumbi confirming that it was also business as usual and transport into the CBD was not a challenge for workers returning to work.