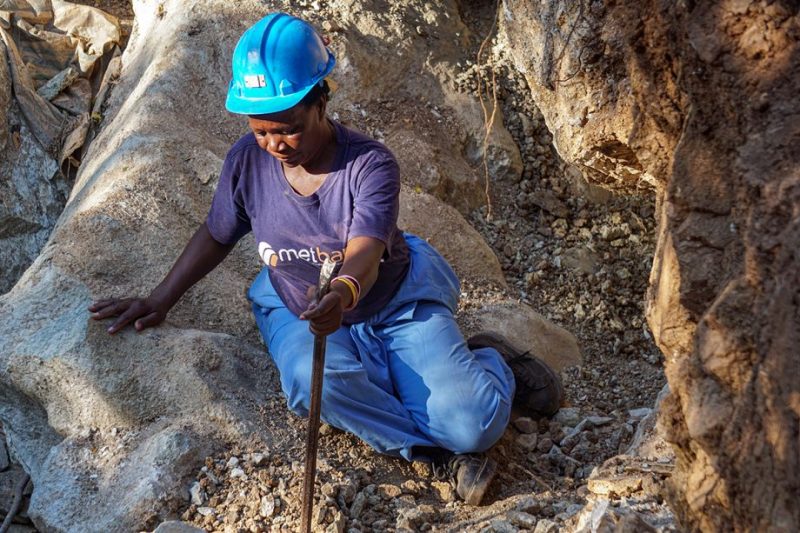 The Zimbabwe Diamond and Allied Minerals Workers Union (ZDAWU) is advocating for provision of free sanitary pads for women at mining sites.

The labour body said a conducive working environment for women in this sector was key for the achievement of the US$12 billion mining economy.

In a statement, ZDAWU said women played a pivotal role in the sector’s growth, hence their health and hygiene must be prioritised.

“We want to see a conducive environment being created for women in the mining sector. Hence, we are advocating for free sanitary pads at the mines and ablution facilities suitable for women and other benefits specifically for women,” the union said.

“While government is speaking about achieving a US$12 billion mining economy, it is important to acknowledge the role being played by women in the mining sector. ZDAMWU would like to salute our women who are breaking ground in taking what used to be the male dominated field of mining.

“However, we will not actualise the US$12 billion mining economy if we do not create a conducive environment for women to thrive in the mining sector. As a union we are campaigning for the ratification of ILO (International Labour Organisation) Convention 190 that speaks against violence and harassment GBVH (gender based violence and harassment) in the world of work,” further stated ZDAWU.

The majority of women in the sector were reportedly suffering in silence.

“ZDAMWU is at the final stage of coming up with a gender policy which will be adopted by our national executive committee in September. It is a common fact that female mine workers face a lot of challenges that include sexual harassment, victimisation and segregation amongst other challenges. While others might speak out, the majority suffer in silence.