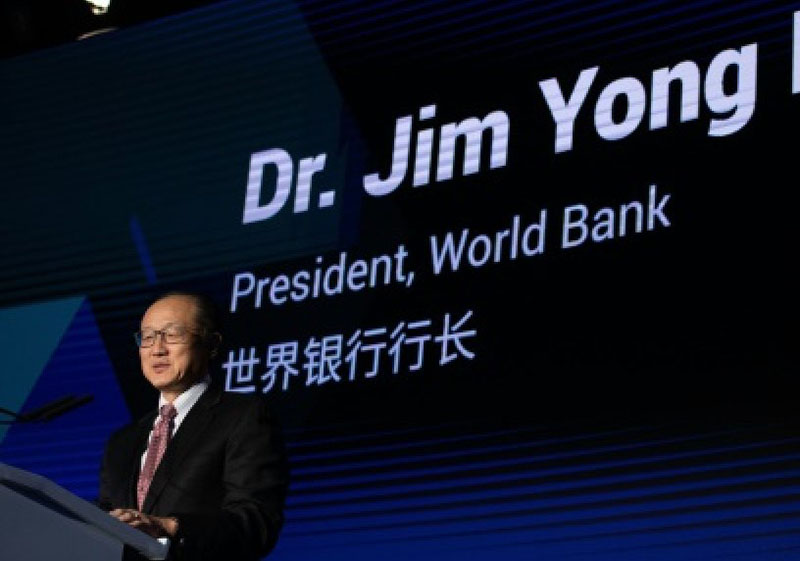 THE search for a new leader for one of the most high-profile global organiSations begins Thursday and seems likely to end again with selection of the US candidate.

The Washington-based World Bank has been led by an American ever since it was founded in the aftermath of World War II, while its sister institution, the International Monetary Fund, has always been led by a European.

Growing emerging market countries have challenged this unwritten arrangement in recent years, demanding a more open, merit-based selection process, and a greater voice in the institutions themselves.

But it is unlikely they can build sufficient opposition to the candidate put forward by US President Donald Trump, nor is Trump likely to cede a prominent position on the global stage.

That is unless Trump’s nominee is so objectionable or unqualified as to unify the emerging markets as well as Europe, officials familiar with the process say.

However, if Europe were to oppose the US selection, it would tacitly be giving up the leadership of the far-more prominent IMF once Christine Lagarde departs.

“I think the developing countries banding together, organising themselves, is hard to imagine,” Simon Johnson, a former IMF chief economist, told AFP.

“Maybe six or eight years ago they seemed like they were becoming more cohesive as a bloc. I don’t think they’re particularly cohesive now.”

‘Time for a change’

Former Nigerian finance minister Ngozi Okonjo-Iweala is said to be one of the qualified candidates who may be nominated to be the next president of the World Bank, seen here with IMF chief Christine Lagarde

After reshaping the US presidency, traditional alliances, trade relations and the US Supreme Court, Trump now could have a chance to influence how countries like China access concessional lending.

The bank’s board will accept nominations from February 7 through March 14, and plans to name a new president prior the IMF and World Bank Spring meetings, set for April 12-14 in Washington. Any of the 189 members can propose a candidate.

As the biggest shareholder, the United States has sway over the selection of the new World Bank president but it does not have a veto and needs the backing of European nations.

Having uprooted alliances in his two years in office, and strongly criticized the lending policies of the IMF and World Bank, Trump may find it difficult simply to submit a nominee for acclamation.

Mark Sobel, who had a long career with the US Treasury Department and oversaw relations with the IMF, said it was “time for a change” in World Bank leadership.

But he agrees with Johnson that emerging market nations are less unified now than they were during the global crisis that started in and mostly affected advanced economies.

“I think that is going to depend who the Americans run and whether it’s a person seen as hostile to the institution or it’s someone seen as having a credible resume and will be supportive of the bank,” Sobel told AFP.

“I also think that ultimately institutions are better served by having a credible person running them regardless of their nationality.”

Potential candidates reportedly under consideration by Trump include former Nigerian Finance Minister Ngozi Okonjo-Iweala — who was nominated by African countries to compete against Kim in 2012 — former PIMCO chief Mohamed El-Erian, an Egyptian-American, and former PepsiCo CEO Indra Nooyi, an Indian-American.

But David Malpass, US Treasury undersecretary for international affairs who has aggressively criticized the World Bank for continuing to lend to China and other relatively well-off countries, is said to be the leading US candidate.

Tony Fratto, former Treasury assistant secretary in the George W. Bush administration, did not mince words: “David Malpass would be a disastrous, toxic choice for World Bank president,” he tweeted.

Masood Ahmed, who had a long career at the World Bank and IMF, was more diplomatic, saying that a controversial candidate with well-known views would have a harder time getting support of the members.

Ahmed, president of the Center for Global Development in Washington, said “whoever it is, it’s important that it is a person who can forge that consensus and get the confidence of all the shareholders.”

But he warned the continued adherence to the decades-old hold on the leadership of the World Bank and IMF, rather than relying on a “truly merit-based” process, “ends up eroding a little further the legitimacy and credibility of the organisation.”