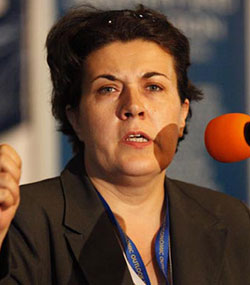 THE World Bank has lowered Zimbabwe’s economic growth prospects to three percent from 4,2 percent, citing  low investment levels and weaker than expected growth of the mining sector and poor global environment.
Government predicted a 6.1 percent growth in 2014, but the southern African nation’s economy is stuttering after struggling to attract investment in the aftermath of elections last July that extended President Robert Mugabe’s 33-year rule.
The growth impetus has slowed in recent years and after growing by 9.3 percent in 2011, it slowed to 4.4 percent in 2012 while projections for 2013 were revised from 5 percent to 3.4 percent.
World Bank country economist Nadia Piffaretti said the carry over effects of the 2013 slowdown will weigh on 2014 growth while lower global demand for key exports, weaker commodity prices and reduced capital inflows to developing countries will hit Zimbabwe hard.
The manufacturing sector’s performance will remain weak, with an estimated growth of 1.4 percent because of low investment, declining competitiveness pressures and further tightening of credit conditions.
After a poor 2012-2013 season, agriculture is expected to rebound by 7.3 percent this year, largely supported by recovery in maize, with harvest expected at 1.2 million tonnes.
“The first crop assessment estimates that 1.4 million hectares was planted to maize, an 18 percent increase from the previous season. Tobacco production should confirm the positive results of the past season, although the increase in area planted is likely to be muted by weaker prices,” said Piffaretti in the latest Zimbabwe Economic Briefing.
For cotton, despite a reduction in hectarage, production is expected to improve, benefiting from improved yields and favourable rains.
The World Bank projects that recovery in the mining sector will remain muted, with expected 3.3 percent growth in the year because of lower international prices and subdued investment.
Gold production recovered by 0.6 percent to reach 2,168 kg in the first two months of the year.
Platinum production dropped by seven percent to 2,058kg, while nickel surged to 3,117 tonnes, buoyed by scaled up production by Bindura Nickel Corporation.
Diamond output is expected to reach 10 million carats by 2015, the World Bank said.
“2014 growth projections will be sensitive to the pace at which the government moves to address macro-economic vulnerabilities and structural impediments to investment, international prices and the coherency of policy responses,” she said.Advertisement