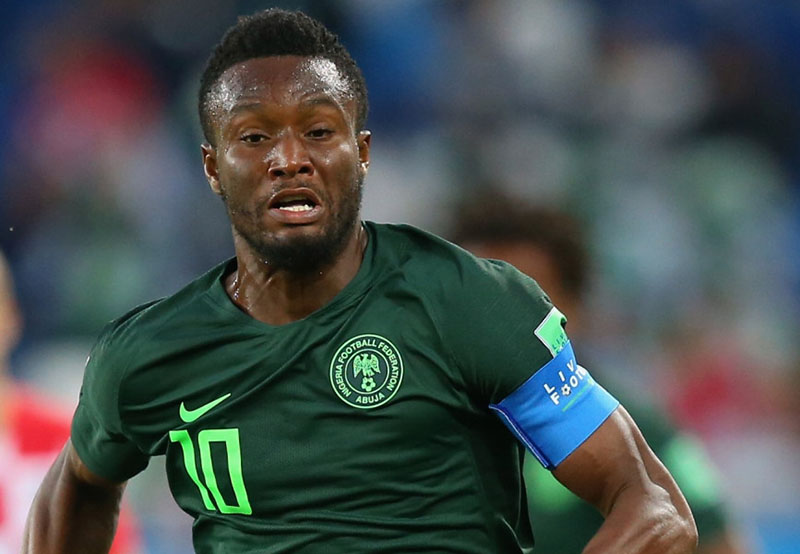 Nigeria captain John Mikel Obi said the insecurity in the country is “scary” after his father was kidnapped for the second time in seven years.

Michael Obi and his driver were abducted at gunpoint on 26 June in Enugu but were released on Monday.

Mikel was told of his father’s capture four hours before playing in Nigeria’s 2-1 World Cup defeat by Argentina.

“For the second time I’ve had to live with the fears of losing my father and it is very scary,” he told BBC Sport.

“Today it’s my dad but tomorrow it could be someone else which makes it very scary.”

Former Chelsea midfielder Mikel, who now plays for Chinese club Tianjin Teda, received a call from a family member while on the team bus to the St Petersburg Stadium, who told him he had to call the kidnappers on a designated number.

He did not confide in any of his team-mates or the Nigerian Football Federation before the match because he didn’t want it to be a distraction.

“We are seeing a spate of terror attacks in some parts of the country which has already sown insecurity among citizens,” he said.

“It does not matter what your status is in Nigeria, everyone deserves to feel safe and secured, as life becomes more risky than ever.”

Obi’s rescue was preceded by a gun battle between Nigerian police and the kidnappers, who then fled.

Super Eagles captain Mikel reportedly paid a ransom of 10 million naira (about £21,000) for his release, and his unhurt father is now “recuperating with family”.

It is the second time Mikel’s father has been kidnapped, with the first taking place in August 2011 while his son played for Chelsea.

The 2013 Africa Cup of Nations winner wants the government to do more in terms of general security.

“Life is already tough on people, then they have to start living in fears when they are going about looking for means of survival,” he said.

“I want to encourage our government to continue its relentless efforts and fights on factions that creates fear and insecurity in our country.

“My father was hurt and tortured during his ordeal and this is unacceptable. I hope that the authorities will work harder to bring this bandits to justice.

“Representing my country is my greatest honour, I love my country and very proud to be a Nigerian.”

Superintendent Ebere Amaraizu, of Enugu State Police Command, said: “The abductors started calling to demand a ransom of N10 million before police operatives acted on intelligence information and swooped on them.

“In the process of the rescue, a gun duel ensued between police operatives and the kidnappers which forced the hoodlums to abandon their victims inside the forest and they were promptly rescued.”

It is not the first time a relative of a footballer has been abducted in Nigeria. Former Everton defender Joseph Yobo’s brother was kidnapped in 2008, before being released two weeks later.