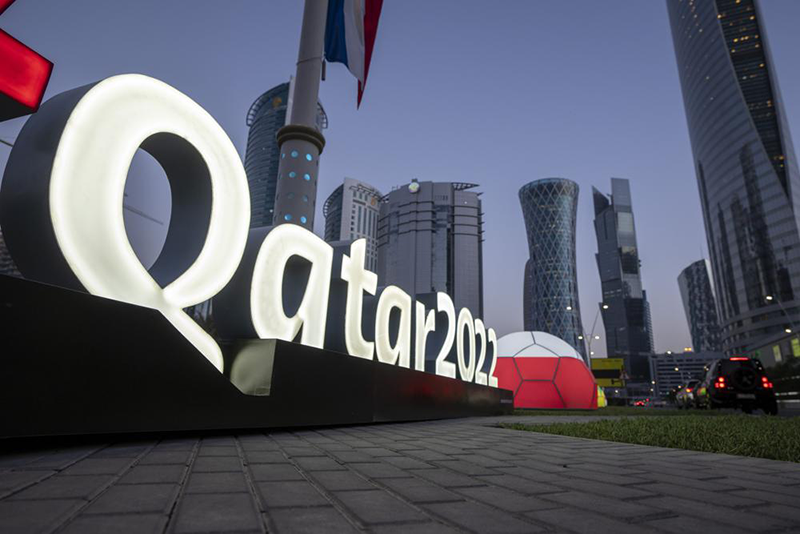 GENEVA: Organizers of the World Cup in Qatar have finalised a policy to serve beer with alcohol to soccer fans at stadiums and fan zones in the Muslim-majority country.

FIFA said Saturday fans will be allowed to buy Budweiser beer with alcohol within the eight stadium compounds — though not at concourse concession stands — before and after games, and during evenings only at the official “Fan Festival.” That is being held in a downtown Doha park.

Game tickets promising access to Champagnes, wine, liquor and beer for hospitality clients at Qatari stadiums have been on sale since February 2021 as part of corporate packages offering “premium beverages.”

The beer policy affecting most fans was announced just 11 weeks before the first game and finally fulfills an expectation since Qatar campaigned 12 years ago to be the first World Cup host in the Middle East.

Budweiser has been the exclusive World Cup beer brand since 1986 and parent company AB InBev renewed its deal through 2022 with FIFA in a 2011 signing after Qatar was confirmed as host.

FIFA said Saturday that Budweiser with alcohol will be sold “within the stadium perimeter prior to kickoff and after the final whistle.”

“Inside the stadium bowl ticket holders will have access to non-alcoholic Budweiser Zero,” soccer’s world body said. “At the FIFA Fan Festival, Budweiser will be available to purchase from 6.30 p.m.”

Alcohol is more available in Qatar than some Middle East states though it is served only in hotel restaurants and bars that have licenses. It is illegal to consume it elsewhere.

Still, Qatar has had to relax its regulation of alcohol for the 29-day tournament starting Nov. 20. It is expected to attract more than 1 million visitors including fans from 31 other nations to the tiny Emirate.

Qatar is not the first World Cup host to ease its stance on alcohol. Before the 2014 World Cup in Brazil, pressure from FIFA led local lawmakers to pass a special bill exempting the tournament from a ban on selling alcohol at stadiums.

At the time of the FIFA hosting vote in 2010, those World Cup deals included MATCH Hospitality selling corporate packages and AB InBev. Both firms re-upped with FIFA one year later.

“It is important to remember,” MATCH Hospitality executive chairman Jaime Byrom told The Associated Press in a recent interview, “that the entire bid process of the FIFA World Cup is designed to deliver the kind of World Cup experience that all fans from around the world have a reason to expect and to look forward to.