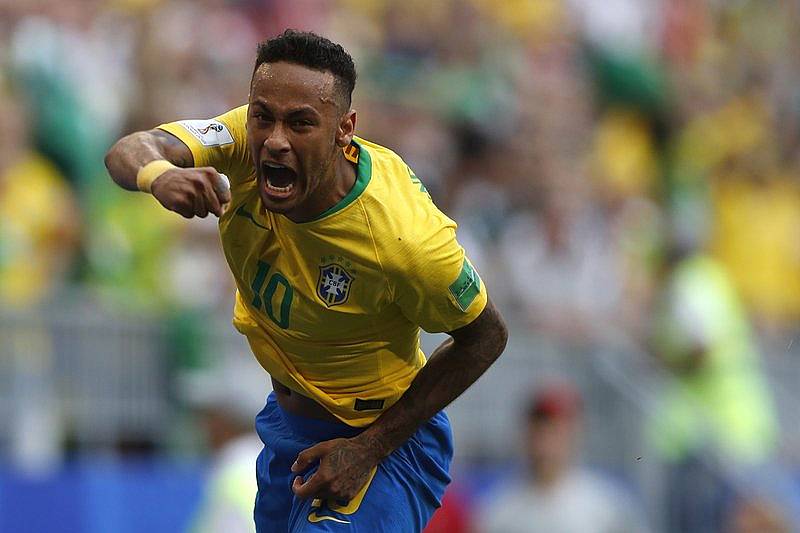 THE quarter finals of the 2018 World Cup get underway on Friday with five time world champions Brazil taking on high flying Belgium, while 1998 champions France play against South American side, Uruguay.

The spotlight will be on the teams’ several stars including Brazil’s Neymar Jr, who has scored two goals and made all the headlines for exaggerating injuries at the World Cup so far.

France’s Kylian Mbappe who was the architect of Argentina’s exit in the round of 16 with two gaols and an ‘assist’, will be the man to watch in their clash against Luis Suarez’ team.

Belgium’s ‘Golden Generation’ that has stars like Kevin De Bruyne, Eden Hazard and Romelu Lukaku will face their sternest test yet, when they take on the world’s favorite football team, Brazil.

Both teams finished top of their opening round group in Russia with Uruguay winning all three games in Group A and France finishing with seven points in Group C. Both also had narrow wins in the second round as France beat Argentina (4-3) and Uruguay edged out Portugal (2-1).

The match at the Nizhny Novgorod Stadium will be the only quarter-final encounter to pit two former champions against each other. Uruguay lifted the World Cup trophy in 1930 and 1950, while France took the honours in 1998.

This French side that has forwards like Antoine Griezmann, Kylian Mbappe and Olivier Giroud prides itself on attacking power while Uruguay are happy to have a stingy defence led by Diego Godin.

“I don’t think France has had as powerful an attack since 1998 when they won the World Cup,” said former Croatia coach Slaven Bilic, who is a TV pundit in Moscow during the tournament.

“Mbappe is not going to have a 10th of the space against Uruguay that he got against Argentina,” predicted former Uruguay international Diego Lugano of Friday’s match at the Nizhny Novgorod Stadium.

Should they win, France will face either Belgium or Brazil in the semi-finals. A clash against Brazil would evoke memories of France’s only World Cup title triumph 20 years ago, certainly an inspiration if needed to get past Uruguay.

While Brazil have not lost in their last 16 matches, Belgium are equally unbeaten in 22 matches.

Brazil are unbeaten at this year’s World Cup having started with a 1-1 draw against Switzerland then beat Costa Rica (2-0), Serbia (2-0) and Mexico (2-0).

In terms of World Cup history, Brazil have won the World Cup five times but have been knocked out in the quarter-finals in two of the last three tournaments.

Belgium reached the quarter-finals four years ago in Brazil and the semi-finals in 1986 when they were beaten by a Diego Maradona-inspired Argentina.

Belgium have scored more goals than any other team at the tournament (12), while the Brazil defence has only conceded one goal in Russia. They have kept 19 clean sheets in 25 international matches under coach Tite.

Tite confirmed that his preferred left back Marcelo would return to the starting side in place of Filipe Luis after the Real Madrid defender missed the 2-0 win over Mexico through injury.

“It will be a great match. Both teams excel with a beautiful football. Belgium have great players and a great coach as well. I’ve always put them in the group of favourites (for the title),’‘ said Tite.

Belgium defender defender Vincent Kompany belives the game is as defining for his team that has been described as a ‘golden generation’ as it is for Brazil.

For years, much has been expected of a crop of players, which Kompany previously captained, including Kevin De Bruyne, Eden Hazard, Thibault Courtois and Dries Mertens but Belgium have so far not delivered on their promise, going out in the quarter-finals of the 2014 World Cup and at the European Championships in France two years ago.