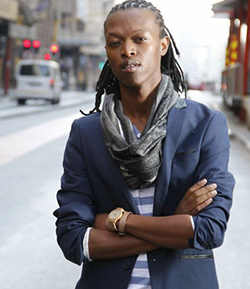 TO mark his tenth anniversary in the dance world, dance champion Paul Modjadji will embark on the ten-stop Breaking Down Borders Africa Tour, starting in Zimbabwe this week.
Inspired by his work with the European Star Dance Union, Modjadji will use the tour as a means to scout for fresh talent on the continent, to take part in international competitions.
He will further use the tour to advocate for dance and arts education while offering dance master classes in the respective countries.
Modjadji made history by becoming the first dancer in Africa to win the European Dance Star World Championships in the solo Jazz category in 2011.
Following that success, he has since been crowned top dancer in the world at Talent America Showcase in New York in 2013 and in 2015 he was appointed lead choreographer in Africa’s first made for cinema dance film, the multi award winning Hear Me Move.
An international dance champion, Modjadji’s list of accolades is as long as his illustrious career.
After five years since he made history on the Dance Star World Championships stage in Croatia, he returned to the same world stage this year as the official South Africa and Africa brand ambassador of the European Star Dance Union (ESDU) and one of the esteemed judges at the biggest dance competition in the world.
In celebration of his astronomic career, Modjadji together with the ESDU have partnered to search for the next dance star from the continent, through the Breaking Down Borders Africa Tour.
“As an ambassador and judge of the international competition, I have witnessed the lack of representation of the continent on the global platform, and it has concerned me,” he says.
“I don’t want to enjoy being the only or the first, and I intend to use my success to open doors for others to reach similar levels. This Africa Tour is but one step in achieving this goal.”
The 10 countries Modjadji will visit are Zambia, Nigeria, Namibia, Democratic Republic of Congo, Uganda, Kenya, Tanzania, Zimbabwe, Senegal and Lesotho.
Through the tour, the Inyathelo Philanthropy awardee will engage with civil organisations on the ground to promote and support programmes that advance arts education in Africa.
Through the talent search, one dancer from each of the countries will earn an all-expenses paid trip to represent the continent at the 2017 Dance Star World Masters, set to take place during Africa Month in Croatia.Advertisement

The multi-talented Modjadji is a global young leaders award recipient and was recently recognised with a Mandela Washington Young African Leaders Award from President Barrack Obama.
As founder of the Leaders Who Dare To Dream Foundation, Modjadji’s work involving making arts accessible to youth in townships has reached over 10 000 young people through their various programmes.
The Africa tour kicked off with Zimbabwe on the 24th of August, where Modjadji will offer master dance workshops at the 9th Annual Jibilika dance Festival.
“I have performed on world stages, but exploring Africa has always been a dream of mine,” he says.
“I know that I have much to learn as I have to teach from the talent that is alive in the continent. I am thrilled and feel privileged to have the opportunity to make an impact in the life of a young dancer in my own continent.”