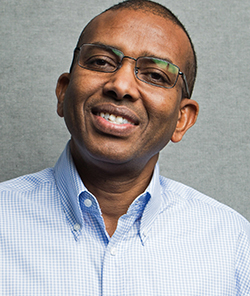 THE high costs of sending money home mean the Zimbabwean diaspora are losing out on up to 7.95 percent when sending money home.
Each year $2 billion is sent into Zimbabwe in remittances and the final week before Christmas is one of the busiest times to send money.
The World Bank reports that the average cost of sending money is around 7.21% with sub-saharan Africa being one of the most expensive regions to send money to at 9.13%.
WorldRemit research revealed that switching to lower cost channels could mean thousands of Zimbabweans could receive an extra Christmas present this year.
The savings were highest when sending from New Zealand to Zimbabwe with a saving of $15.90 –  enough to buy a pair of Havaianas flip-flops or 20kg of Mealie Meal in Zimbabwe.
With salaries in New Zealand in jobs such as manual labour or retail work earning between USD11-13 on average, these high costs mean the diaspora are having to work an extra hour to send money home this Christmas.
The impact of the savings could be even more significant to those back home where the saving of $15 could be a day’s salary.
Commented Ismail Ahmed, CEO of WorldRemit; “It’s important to consider that the cost of sending money goes far beyond the transactional cost.
“Traditional methods mean travelling to an agent to pay in money, taking time off work to do so knowing your family and friends receiving the money will have to do the same.
“By sending money from one mobile to another instantly, we can save people not just money, but also time.”
Saving the cost of travel just to pay in money twice a month from New Zealand could be enough to buy a bath hamper in Zimbabwe.
WorldRemit data suggests that most of their customers send at least three transactions so the savings across the month of December could be even greater.

Pardon Mujakachi, Head of Business Development in Africa for WorldRemit, added:
“This is a time of year when it’s particularly important to know that the money you send will be guaranteed to reach the recipient in time and we are guaranteeing cash for collection through Steward Bank, Quest Financial and Kaah Express.
“So our customers sending to Zimbabwe can be assured that their family and friends are guaranteed to receive cash in minutes along with the benefits of Government bonus incentives that go with that.Advertisement

“SMS notifications to recipients also mean there are no wasted journeys.”
Sending cash to Zimbabwe through online and officially tracked channels means that recipients will also receive 3% of the funds in Government issued bond notes as part of the Government’s Diaspora Remittances Incentives Scheme.
“We see that being able to send money more frequently without paying high costs and wasting time brings families and friends closer together even when living hundreds of miles apart. So we hope we can give people more time with family and friends this Christmas,” said Mujakachi