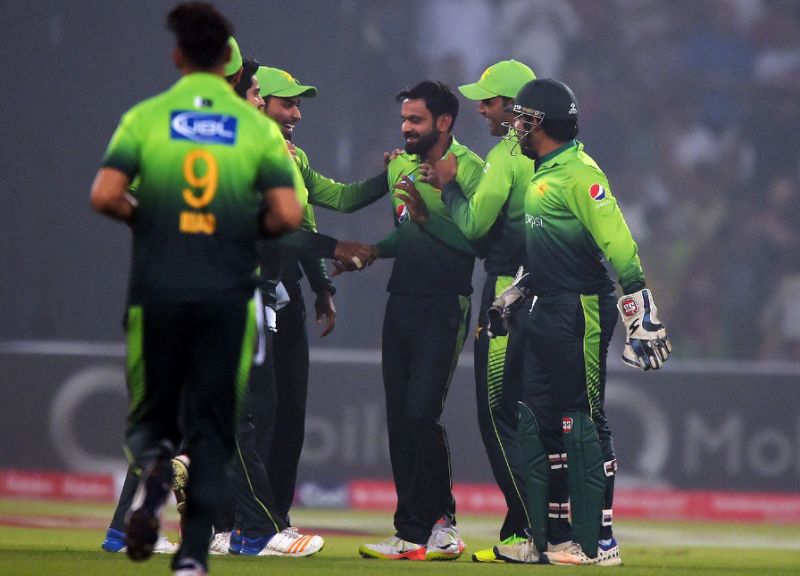 Australia, Pakistan and Zimbabwe meet in a T20 tri-series starting in Harare on Sunday with the world number one ranking on the line in the sport’s shortest format.

Pakistan travel to Zimbabwe as the world’s top rated team but if the Australians are able to put their torrid tour of England behind them they could claim that status for themselves.

Australia are in dire need of a confidence booster after enduring a 6-0 drubbing across limited overs formats on their tour of England, and ahead of their arrival in Zimbabwe coach Justin Langer insisted “there’s light at the end of the tunnel.”

Australia slipped down to third in the ICC’s T20 rankings after their defeat to England but could come out of the Zimbabwe tri-series with the top ranking if they are able to reverse their losing streak.

The challenge is a stiff one, however, as Australia are currently missing six key limited overs players, with Steve Smith and David Warner currently serving bans while Mitchell Starc, Josh Hazlewood, Pat Cummins and Mitch Marsh all recovering from injuries.

They will be up against a Pakistan side brimming with confidence after having lost only one of their eight T20 internationals this year.

Looking to extend their success, Pakistan named a full strength squad for their trip to Zimbabwe.

They decided not to rest fast bowler Mohammad Amir for this tour, while the contributions of 19-year-old leg-spinner Shadab Khan will also be crucial in conditions expected to favour spin.

The experienced Mohammad Hafeez will likely return to their top order after his bowling action was cleared as legal last month.

Uncapped opener Sahibzada Farhan was also included “after showing good form in domestic matches,” said Inzamam. Pakistan will also bank on the experience of captain Sarfraz Ahmed, who has toured Zimbabwe twice before.

Hosts Zimbabwe have had their own side shorn of valuable experience due to a pay dispute between Zimbabwe Cricket and several senior players.

There will be a new look to their team when they take on Pakistan in Sunday’s opener, with young batsman Tarisai Musakanda tipped to be named as new captain.

The Zimbabweans will also be distracted by the potential outcomes of the ongoing ICC conference, where their cricket board’s massive debts are being discussed.

The signs are that this could be a difficult first outing for new coach Lalchand Rajput.

“To be very honest, I just look at the players who are available and the best 15 or 17 which we have picked,” he said.

The three teams will play each other twice, with a rest day on Saturday before the top two sides meet in next Sunday’s final.