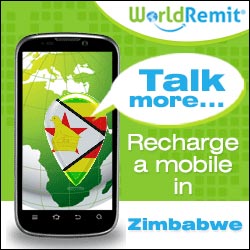 WORLDREMIT, the leading digital money transfer service, has added Android Pay to its service, offering a new way for the firm’s Android Pay users to send money internationally and reach millions using mobile money accounts.
Pioneering a mobile-first approach to the $600bn a year remittance industry, the move sees WorldRemit bringing together the leading players in mobile payments from Silicon Valley and Sub-Saharan Africa.
Launching the global rollout of the service at MoneyConf 2017, WorldRemit will enable Android Pay users to safely and securely send money to over112 million mobile money accounts accessible via its network.
The integration will make WorldRemit the only remittance provider offering international payments through Android Pay around the globe.
By connecting directly with Android Pay, WorldRemit customers can transfer money instantly across continents in just 5 taps – without entering credit card or 3DS details.
Using mobile money, a recipient customer can then pay for school fees, utility bills and groceries among other things directly from their mobile phones – without the need for 3G or wifi.
As Android Pay is supported by industry standard tokenization, payments are sent with a virtual account number providing an extra layer of security.
WorldRemit currently sends money to more mobile money accounts than any other operator in the world. The company enables migrants to send money from their smartphones to the mobile phones of the people they love, in over 140 countries to be paid out in cash, paid into a bank account or into a mobile money account.

Alice Newton-Rex, VP of Product at WorldRemit, said, “Currently 60% of WorldRemit app users are on Android, which is also by far the most popular mobile operating system in the developing world, where 2 billion people are still unbanked, but critically half a billion use their mobiles as a bank account.
“This integration with Android Pay is the next logical step of our mobile first approach, and continues our commitment to providing greater financial inclusion.’’
Pali Bhat, Director, Product Management at Google, said: “We want to make it easier for organisations like WorldRemit to offer a simpler, faster in-app payment solution for their customers. With Android Pay, people will be able to speed through checkout with their Android phones in a few clicks”.Advertisement

WorldRemit users make around 600,000 transactions every month, sending from over 50 countries to more than 140 destinations.