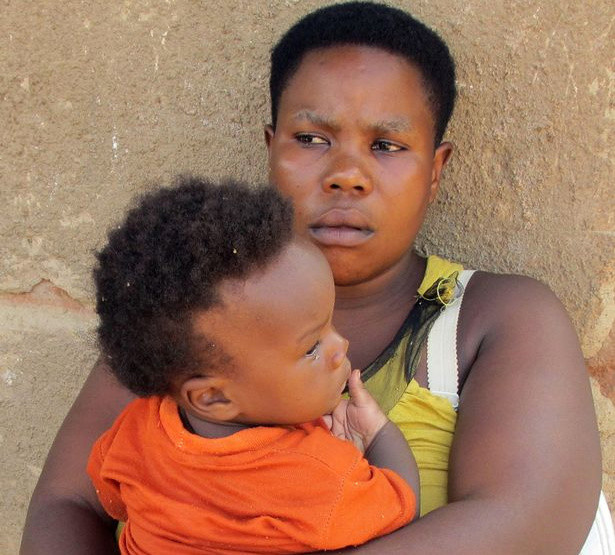 MARIAM Nabatanzi was just 13 when she became a mother to her first set of twins.

By the time she was just 36 Mariam had given birth to another 42 babies, which she is having to raise alone after her husband walked out on the giant family.

Now 41, Mariam has been told she suffers from a rare genetic condition, which means she kept having multiple births – despite begging doctors for help when she was just 23.

Mariam has three sets of quadruplets, four sets of triplets and six sets of twins and incredibly manages to care for and feed them all on her own.

The fertile mum was just 12 when she was married to her husband, who at 40 was 28 years her senior.

Just a year later she gave birth to her first set of twins.

Now, she and all of her kids have no choice to live in appallingly cramped conditions in just four tiny homes made from cement bricks and a corrugated iron roof. 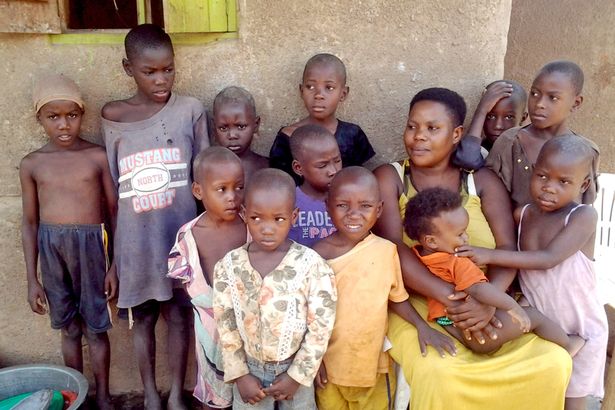 Mariam, from Uganda, and her brood live surrounded by coffee fields.

A doctor warned the mother that birth control, like the Pill, could cause her problems because she had unusually large ovaries.

So after her first set of twins, the babies just kept coming.

Ugandan families are often large with women having 5.6 children on average.

This is one of the highest birth rates in Africa but even by these standards, Mariam’s family is enormous.

At just 23, Mariam had 25 children and desperately begged her doctor for help to stop her having any more.

But once again the medical advice was that she should keep getting pregnant because her ovary count was so high.

Mariam’s final pregnancy three years ago ended in tragedy when she gave birth to her sixth set of twins. 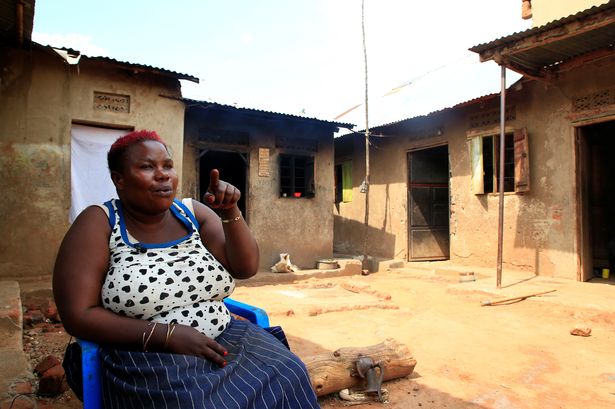 One of the babies died while she was in labour and then her husband, who would often leave for weeks on end, left her for good.

His name is now cursed in her family.

Mariam said: “I have grown up in tears, my man has passed me through a lot of suffering.

“All my time has been spent looking after my children and working to earn some money.”

But it was also after this birth that the mum finally got the medical help she needed to stop her having more babies.

Dr Charles Kiggundu, a gynecologist at Mulago Hospital in Kampala, Uganda, said: “Her case is genetic predisposition to hyper-ovulate, which is releasing multiple eggs in one cycle, which significantly increases the chance of having multiples; it is always genetic.”

Mariam confirmed that doctors had taken action to remove the risk of her becoming pregnant again.

She said the doctor told her he had “cut my uterus from inside”.

Nothing will come in the way of the dedicated mother doing all she can to provide for her children.

She works as a hairdresser, an event decorator and collects and sells scrap metal.

Mariam brews her own local gin to sell and makes herbal medicine.

And she is determined her surviving children will have the very best start to life with most of her wages going on food, medical care, clothes and school fees.

Hanging proudly on the wall of her tiny home are photos of her eldest children graduating from school.

Despite Mariam’s best efforts, one of her children, Ivan Kibuka, had to quit school to help raise the family.

The 23-year-old said: “Mum is overwhelmed, the work is crushing her, we help where we can, like in cooking and washing, but she still carries the whole burden for the family. I feel for her.”

Even Mariam’s early years were filled with heartbreak.

Her mum walked out on her, her father and her five brothers and sisters just three days after she gave birth to Mariam. 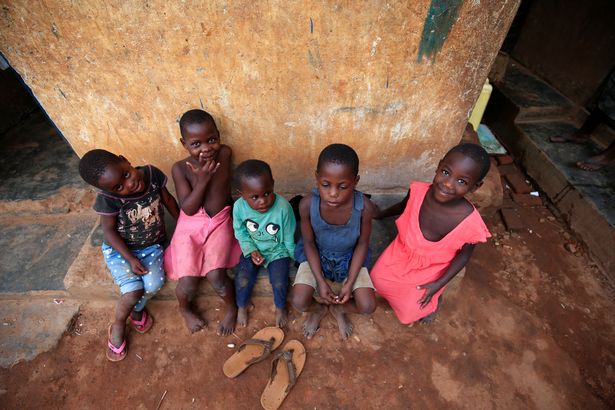 He father re-married and Mariam’s step-mother poisoned her older siblings by mixing cut glass in with their food.

A visit to a relative meant Mariam escaped with her life.

She said: “I was seven years old then, too young to even understand what death actually meant. I was told by relatives what had happened.”

The scars of her ordeal meant Mariam was desperate for a family of her own to love, although she admits she only ever wanted six children.

Her youngsters have to make the best of what she manages to provide as a single parent.

Metal bunk beds with thin mattresses are where 12 of her brood sleep in one small room with walls caked with grime.

Others have to share mattresses on the floor while some of the children are forced to sleep in the dirt because there is simply no space.

Everyone piles in to help with chores like cooking and clearning while the older children look after their younger siblings.

Each day, Mariam uses 25kgs of maize floor to ensure her children have enough to eat.

Although fish and meat are rare treats for the family. 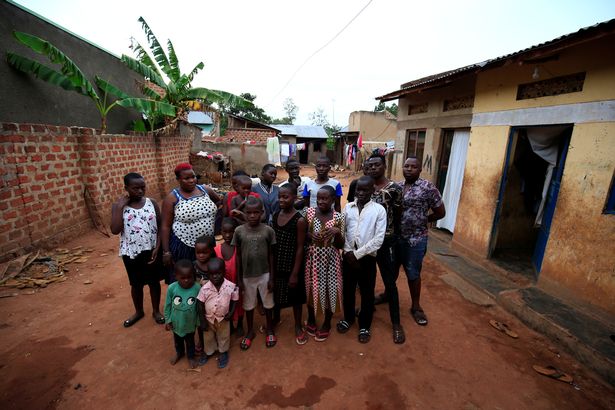 Mariam has to be organised to make sure each day runs smoothly on there is a rota of cooking and washing duties on a wooden board in the family home.

It reads: “On Saturday, we all work together.”

But Mariam’s main hope for her children is that they will be happy.

She said: “I started taking on adult responsibilities at an early stage. I have not had joy, I think, since I was born.”